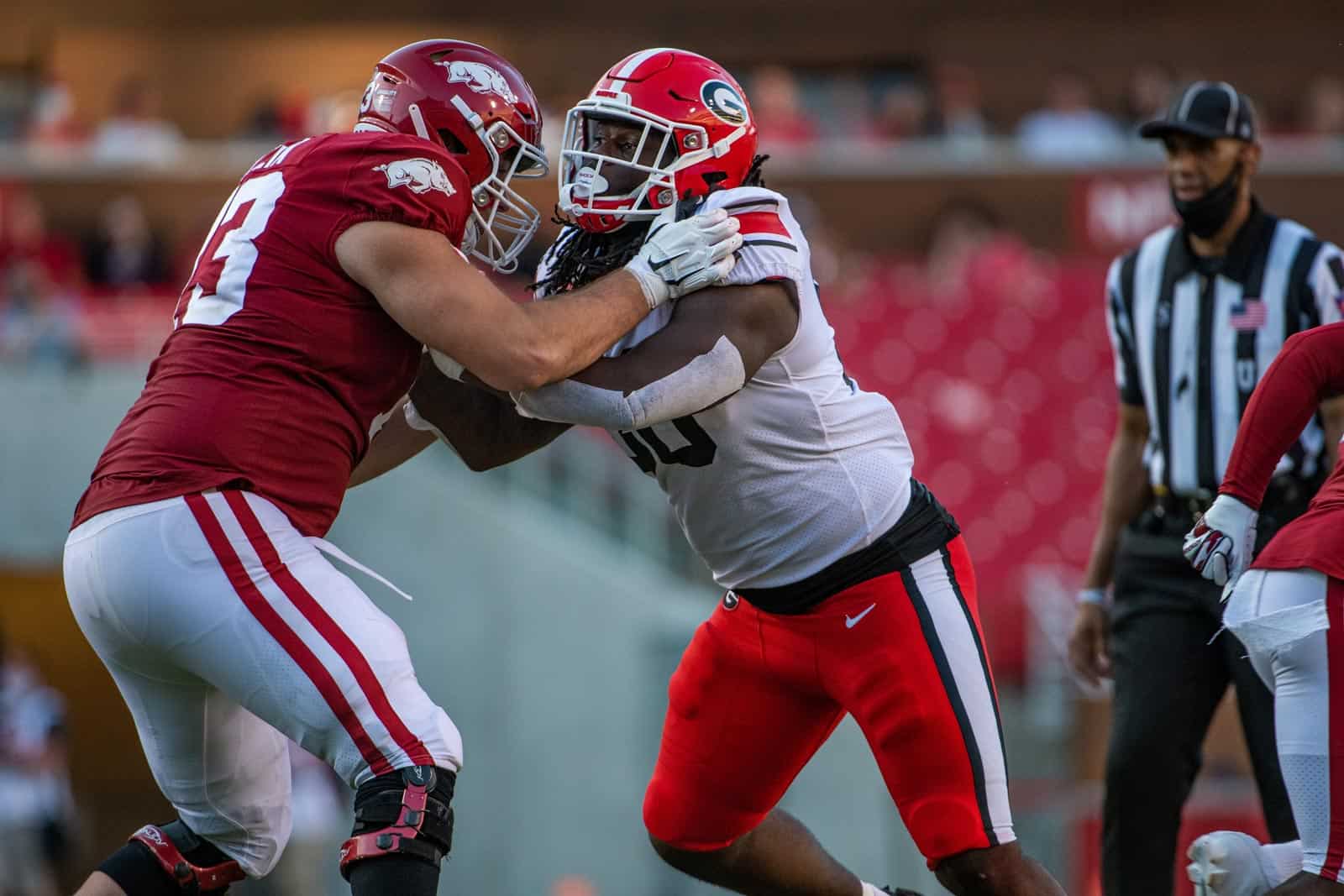 Georgia’s game at home against the Arkansas Razorbacks on Saturday, October 2 will be televised by ESPN at Noon ET, the SEC has announced.

Georgia-Arkansas tickets are available from our partner StubHub. The get-in price is currently around $75 plus fees.

Georgia and Arkansas met last season in Fayetteville, Ark., with the Bulldogs coming out on top 37-10. The game was not originally scheduled, but was added by the conference as a result of COVID-19 altering the 2020 season.

The Bulldogs and Razorbacks first met on the gridiron in the 1969 Sugar Bowl and have played 15 times overall. Georgia has won two consecutive games in the series and currently holds an 11-4 advantage.

This will be Georgia’s second appearance on ESPN this season (Sept. 18 vs. South Carolina). The Bulldogs have appeared on ABC and ESPN2 once each during the 2021 campaign and will face Vanderbilt this weekend on the SEC Network (Noon ET).