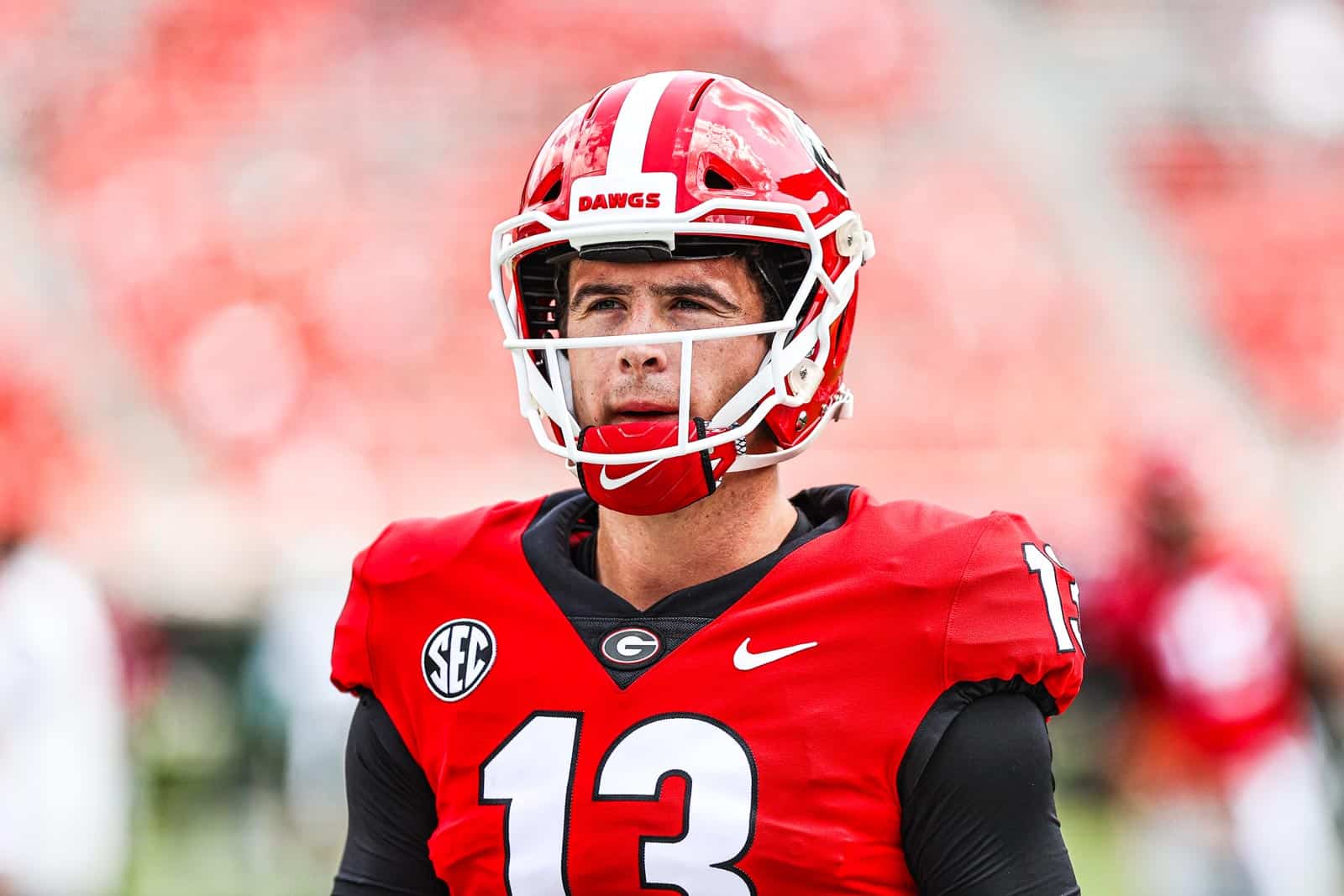 UGA football quarterback Stetson Bennett has been named the Co-Offensive Player of the Week for Week 2 of the 2021 season, the SEC announced on Monday.

Stetson Bennett was named SEC Co-Offensive Player of the Week after completing 10 of 12 passes for 288 yards and five touchdowns, which tied a school record. Bennett finished the game with a pass efficiency rating of 422.4.

This was the first SEC weekly honor for Bennett, a senior who is a native of Blackshear, Ga.

Stetson Bennett shares this week’s award with Kentucky running back Chris Rodriguez, who rushed 27 times for 206 yards and two touchdowns to lead the Wildcats over Missouri 35-28.

Second-ranked Georgia (2-0) is next scheduled to open SEC play at home at Dooley Field at Sanford Stadium in Athens, Ga., against the South Carolina Gamecocks on Saturday, Sept. 18. The game is set for 7:00pm ET and it will be televised by ESPN (Buy Tickets).