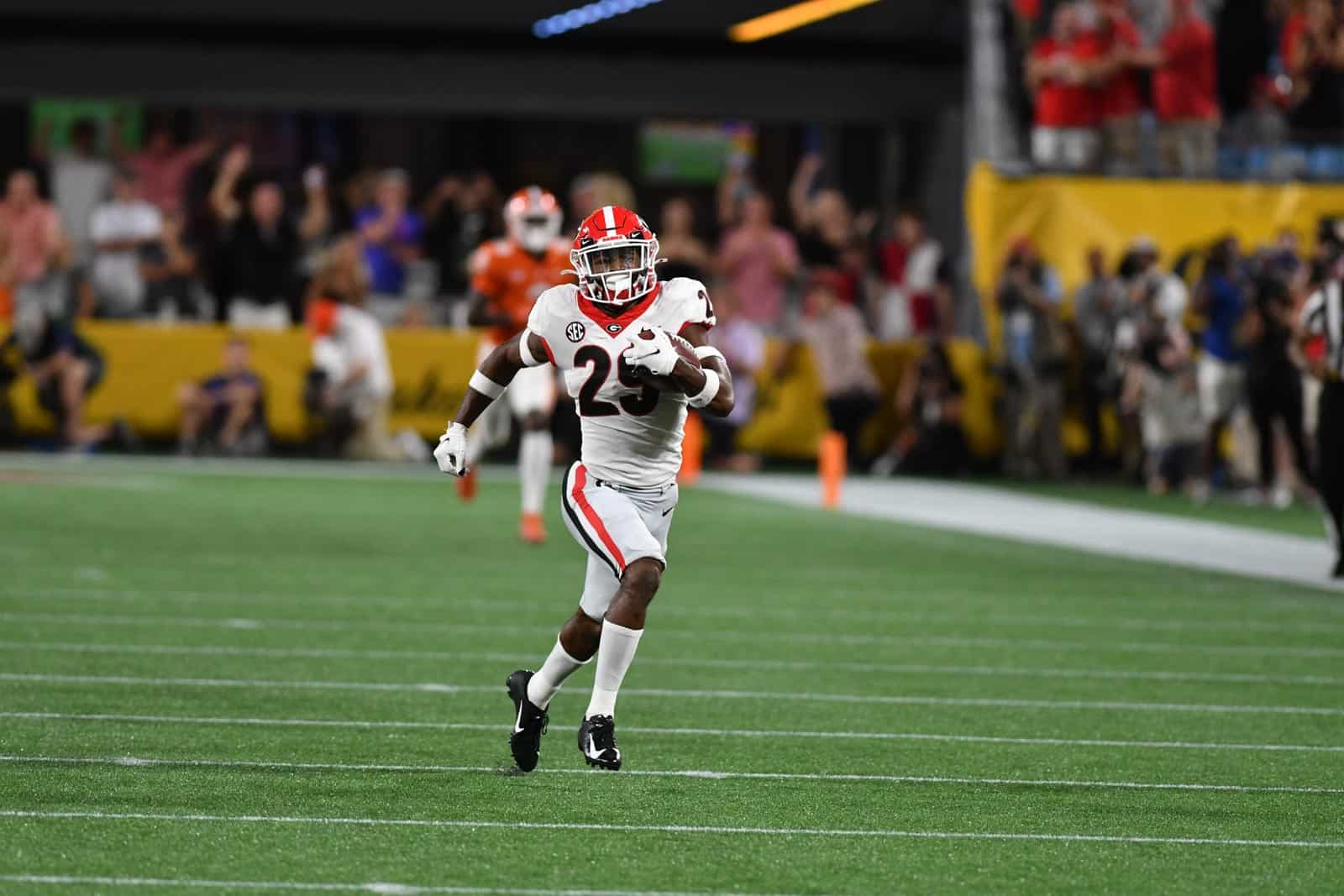 ATHENS, Ga. – Georgia seniors Christopher Smith and Jordan Davis have both earned Southeastern Conference weekly honors following their performances versus No. 3 Clemson over the weekend, according to a league announcement.

Performing in his hometown of Charlotte, N.C., Davis tallied three tackles, including two tackles for loss and a sack. Smith, a native of Atlanta, scored the game’s only touchdown as he returned his first career interception 74 yards for a score. He also added three stops for the Bulldogs.

Georgia held Clemson to just 90 yards in the first half (one rushing, 89 passing) and a total of two yards rushing on the game as the Bulldogs amassed seven sacks. This marked the Tigers’ lowest scoring output in the Dabo Swinney era and the least points scored since 2007. Clemson finished with only 180 total yards, snapping the Tigers’ streak of 12 straight games with at least 400 yards total offense.

The Bulldogs return to work on Saturday in Athens, Ga., versus UAB at 3:30 p.m. The game will be played on Dooley Field in Sanford Stadium and will be televised by ESPN2.