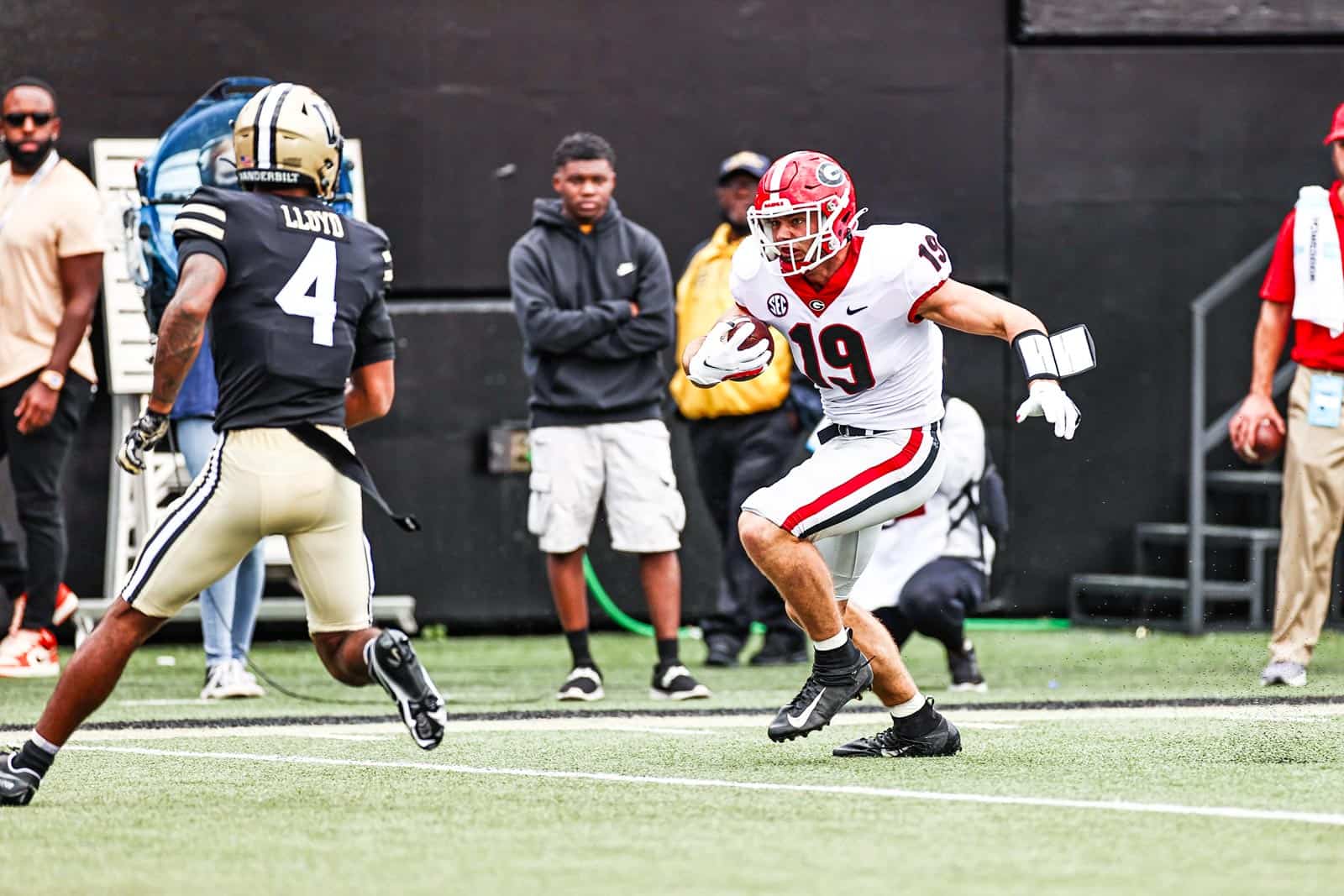 Brock Bowers, a true freshman tight end for the Georgia Bulldogs, has been named SEC Freshman of the Week, the SEC announced on Monday.

Bowers, a native of Napa, Calif., earned the weekly SEC honor following his performance on Saturday on the road against the Vanderbilt Commodores. He led the Bulldogs in receiving with four catches for 69 yards and two touchdowns and also added a 12-yard touchdown on the ground.

The Bulldogs’ next game is at home against the No. 8 Arkansas Razorbacks on Saturday, Oct. 2 at Dooley Field at Sanford Stadium in Athens, Ga. (Buy Tickets). The game will be televised by ESPN at Noon ET.