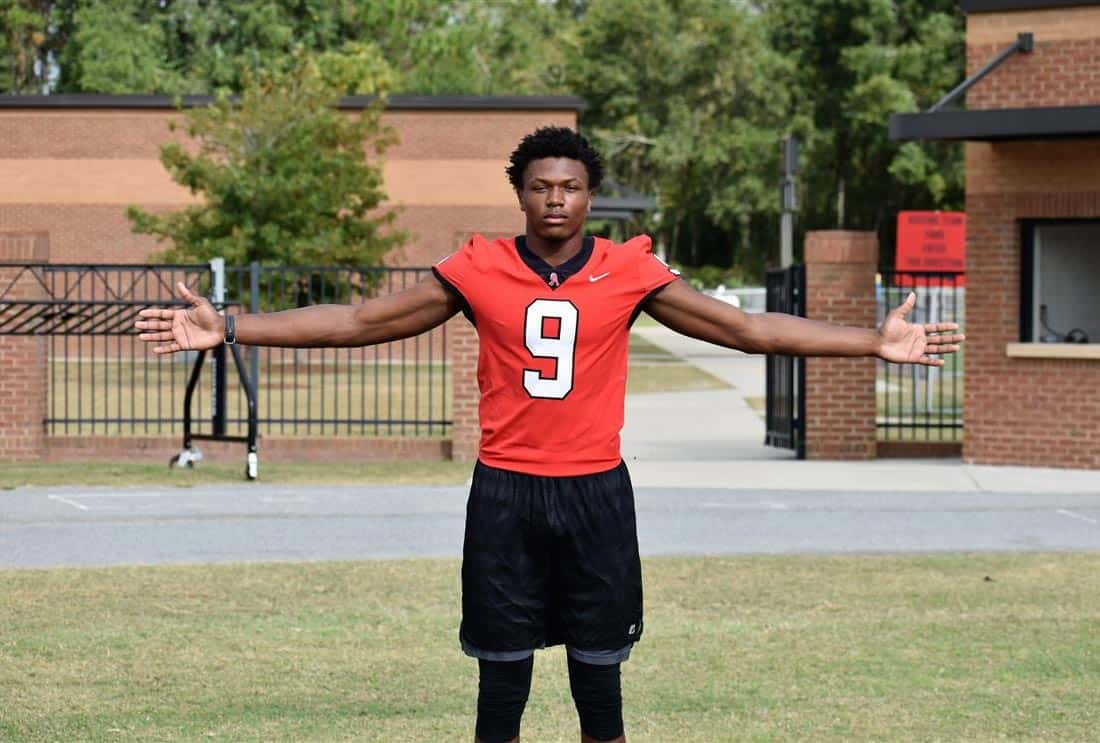 The Georgia Bulldogs have received their second commitment for the 2022 class in as many days, this one from four-star defensive end Darris Smith of Baxley, Ga.

Committed to the G🐶🐶 pic.twitter.com/DAWbD2zNOb

Darris Smith (6-6, 225) committed to the Bulldogs over offers from most of the top schools, including Auburn, Louisville, Miami,, Michigan State, North Carolina, Northwestern, South Carolina, Syracuse, Tennessee, and others.

Smith is rated as a four-star recruit by Rivals.com and a three-star recruit by 247Sports. 247Sports also rates Smith as the No. 17 weakside defensive end and the No. 27 recruit in the state of Georgia for 2022.

With the addition of Darris Smith, the Georgia Bulldogs now have five commitments for the class of 2022. UGA’s class is now ranked 5th in the 247Sports Team Rankings.

On Wednesday, the Bulldogs received a commitment from Tyre West, a five-star defensive tackle from Tifton, Ga.