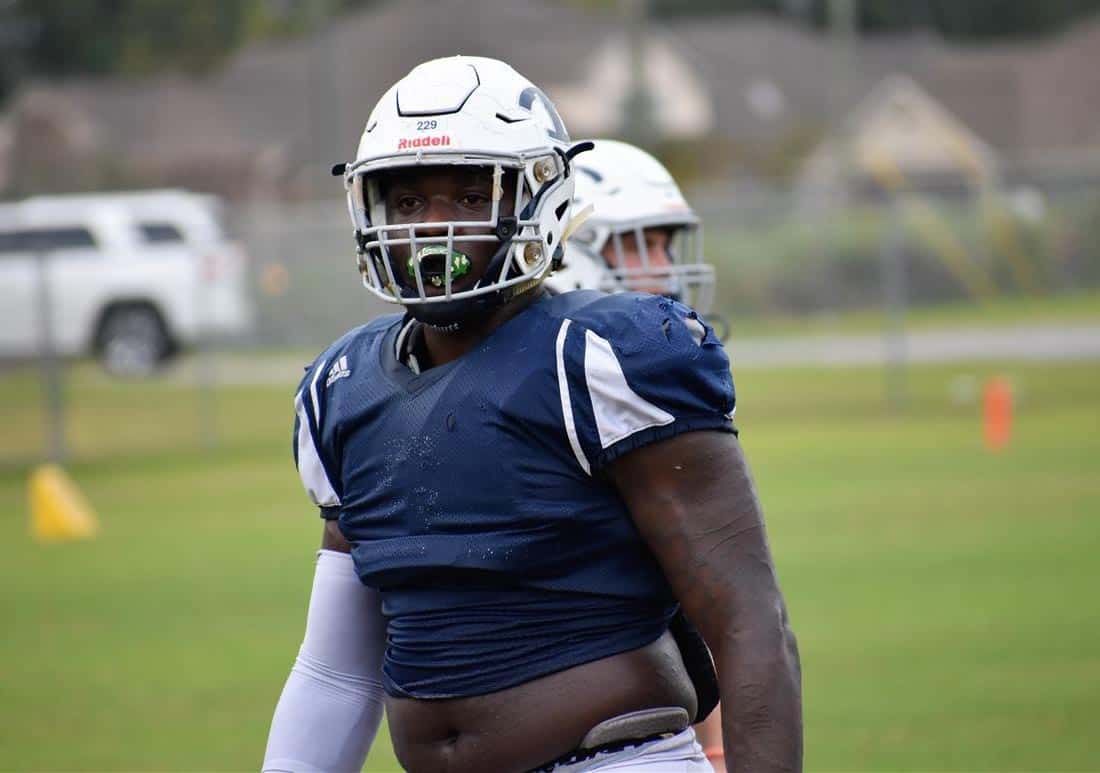 Tyre West, a five-star defensive tackle from Tifton, Ga., has committed to the Georgia Bulldogs for the class of 2022.

West announced his commitment to the Bulldogs on Wednesday.

“I’ve visited Georgia about 10 times, so I know a lot about them. The coaches always call me, they make sure I’m good, and I just relate to the coaches at Georgia,” West told UGASports.com.

West is rated as a five-star recruit by Rivals.com, the No. 1 defensive tackle, and the No. 1 overall recruit in the state of Georgia in 2022.

In the 247Sports Composite, Tyre West is rated as a four-star recruit, the No. 4 defensive tackle, and the No. 43 overall recruit for the 2021 class.

With the addition of Tyre West, the Georgia Bulldogs now have four commitments for the class of 2022. UGA’s class is now ranked 4th in the 247Sports Team Rankings.