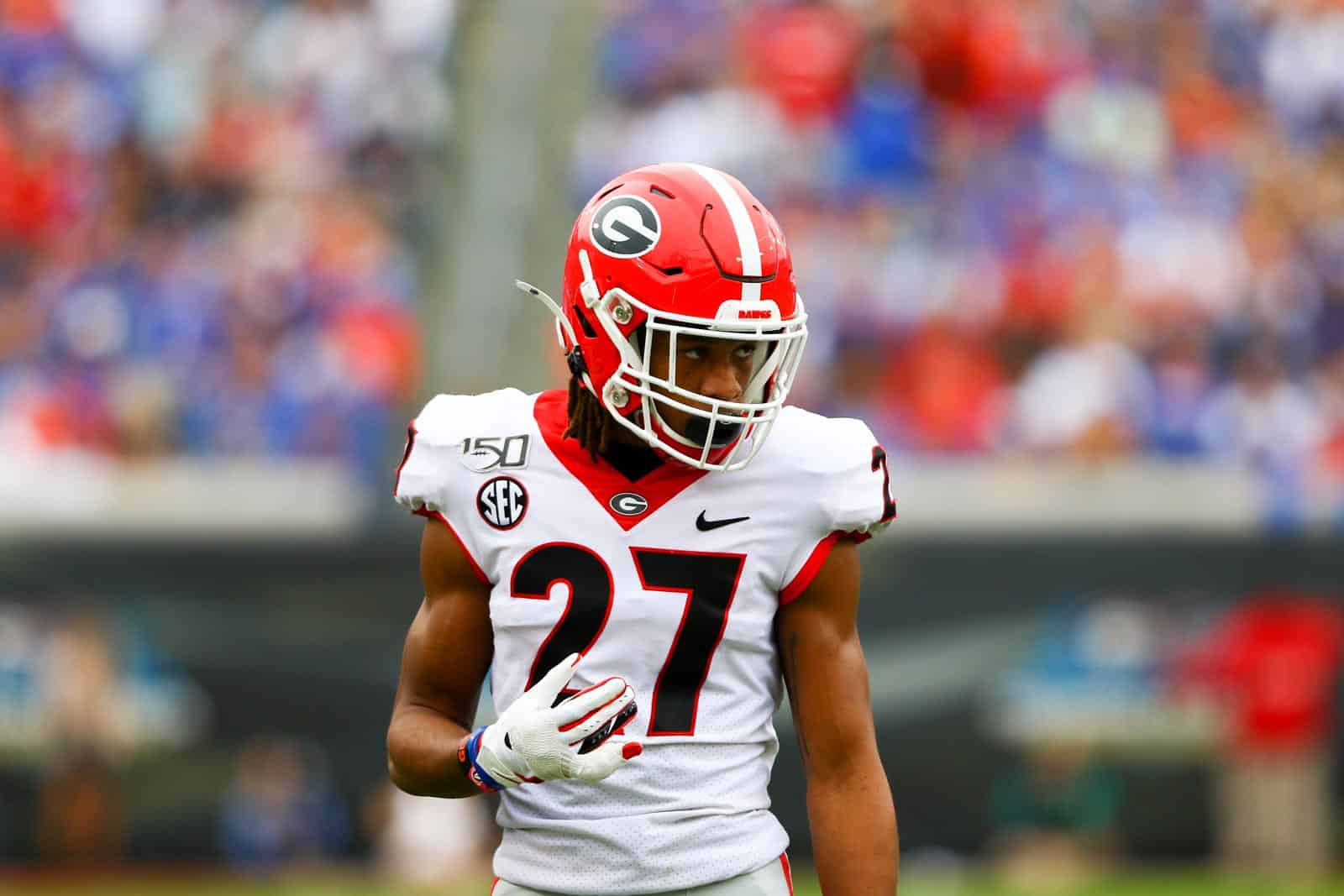 UGA junior defensive back Eric Stokes has been named to the 2020 Wuerffel Trophy Watch List, it was announced on Thursday.

The Wuerffel Trophy, named after former Florida quarterback Danny Wuerffel, is presented by the All Sports Association of Fort Walton Beach, Fla., to the college football player who “best combines exemplary community service with athletic and academic achievement.”

Earlier this week, Eric Stokes was named to the watch list for the 2020 Bronco Nagurski Trophy, which is an annual award given to the top defensive player in college football as voted by the Football Writers Association of America (FWAA).

Additionally, Stokes was named to the watch list for the 2020 Bednarik Award, which is an annual award given by the Maxwell Football Club to the college football defensive player of the year.

Eric Stokes is a native of Covington, Ga. He played in all 14 games in 2019 and recorded 38 total tackles (30 solo, eight assisted), one sack, and one force fumble.

The Georgia Bulldogs are currently slated to open the 2020 season against the Virginia Cavaliers in the Chick-fil-A Kickoff on Monday, Sept. 7. That could change due to the ongoing novel coronavirus 2019 (COVID-19) pandemic.