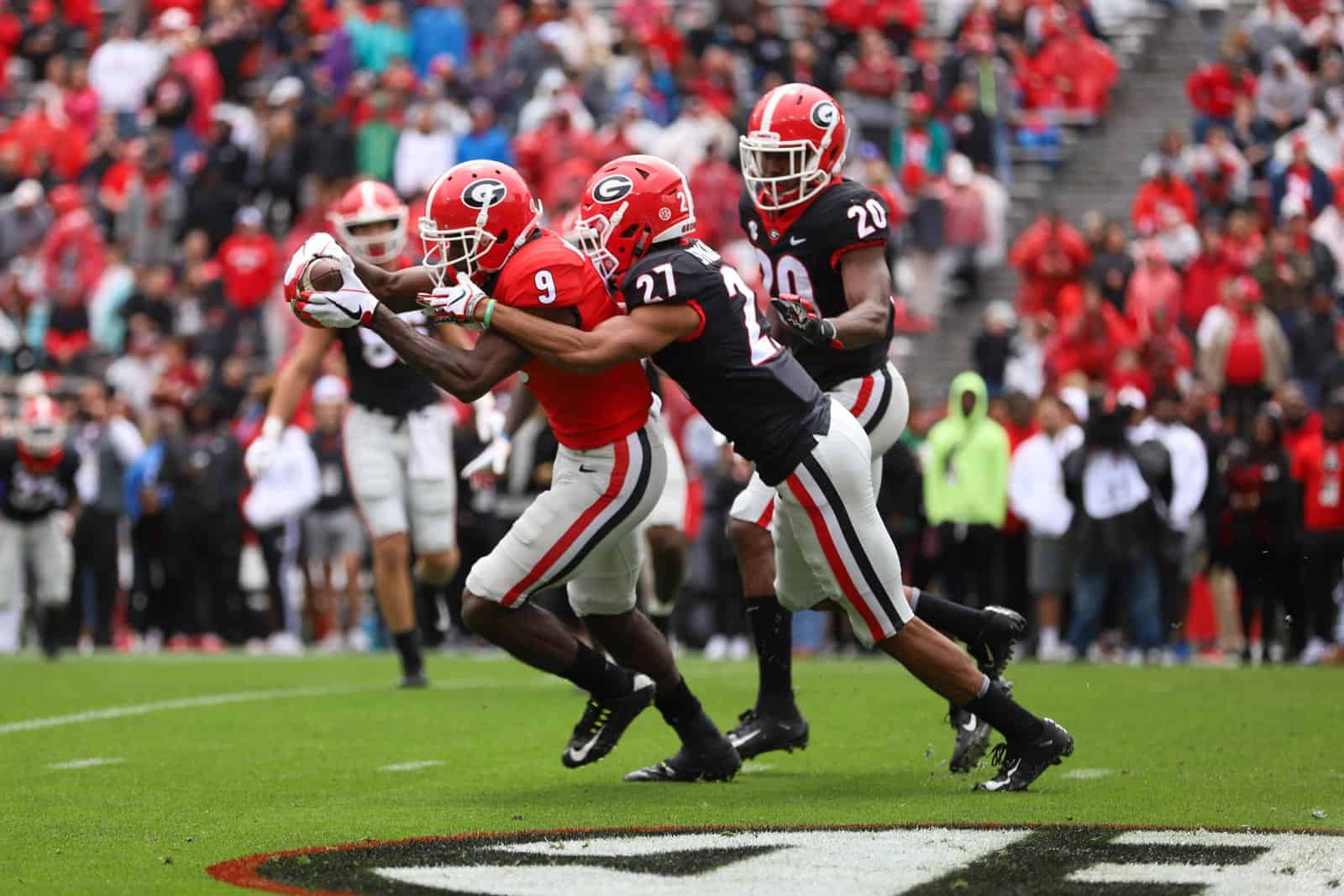 G-Day 2020 will be featured on the SEC Network whiparound coverage on Saturday, April 18, ESPN and the SEC announced on Monday.

Georgia’s annual Red vs. Black Spring game will kickoff at 2:00pm ET and will streamed live in its entirety by SEC Network+. Georgia’s game will also be included in the whiparound coverage on the SEC Network along with the Florida and Alabama Spring games.

The Georgia Bulldogs will begin Spring practice on Tuesday, March 17. Georgia will practice a total of 15 times, which includes the G-Day game. Below is the complete practice schedule:

One of the biggest battles of the Spring will be at the quarterback position. Graduate transfer Jamie Newman joins the Bulldogs this season after playing for Wake Forest. He will compete against former walk-on Stetson Bennett, a junior, and redshirt freshman D’Wan Mathis, who has been medically cleared to play after brain surgery last summer.

True freshman Carson Beck, who signed with UGA in December and is already enrolled, will also factor into the quarterback competition. The Bulldogs also have junior John Seter and redshirt freshman Nathan Priestley on the roster.

The Georgia Bulldogs finished the 2019 season 12-2 overall and 7-1 in the SEC. Georgia fell to the LSU Tigers in the SEC Championship Game, 37-10, but rebounded to defeat the Baylor Bears 26-14 in the 2020 Allstate Sugar Bowl in New Orleans, La.

Georgia opens the 2020 season on Monday, Sept. 7 against the Virginia Cavaliers in the Chick-fil-A Kickoff at Mercedes-Benz Stadium in Atlanta, Ga. Georgia’s first game at Sanford Stadium is scheduled for Saturday, Sept. 12 against the ETSU Buccaneers.