Jamie Newman joining the Georgia Bulldogs as a graduate transfer

Jamie Newman joining the Georgia Bulldogs as a graduate transfer 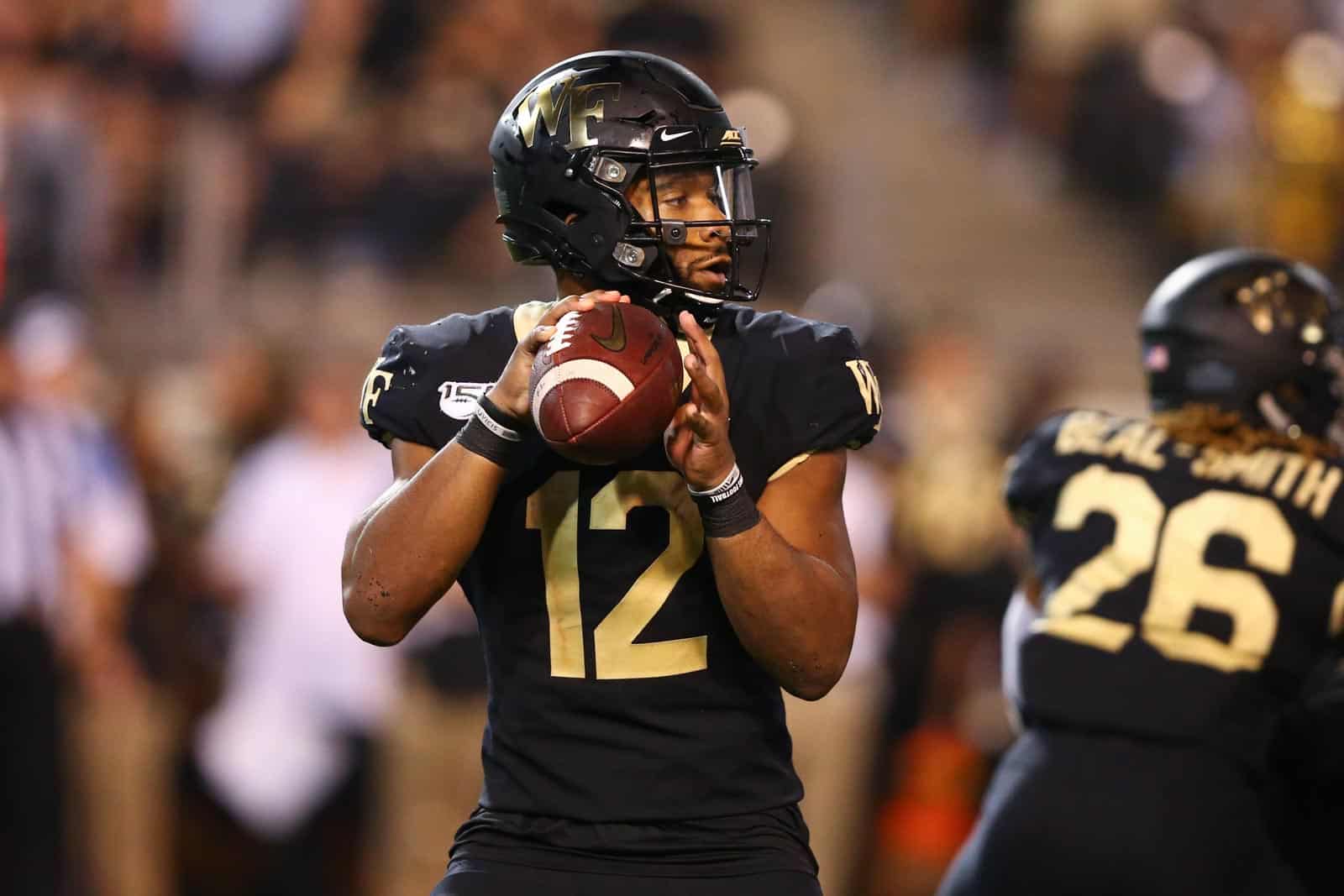 Jamie Newman, a dual-threat quarterback that played at Wake Forest, will join the Georgia Bulldogs for next season as a graduate transfer.

Mark Schlabach of ESPN first reported the news of Newman transferring to Georgia. The Athens Banner-Herald’s Marc Weiszer subsequently confirmed Newman’s decision to play for the Bulldogs in 2020.

In three seasons for the Demon Deacons, Newman completed 306-of-506 passes for a 60.5 completion percentage. He threw for 3,959 yards and 35 touchdowns against 16 interceptions.

Newman’s senior season at Wake Forest was his best by far. He threw for 2,868 yards and also racked up 574 yards rushing while scoring 32 touchdowns (26 passing, 6 rushing).

Jamie Newman signed with the Wake Forest Demon Deacons as part of their recruiting class in 2016. He was rated as a three-star recruit in the 247Sports Composite.

The transfer of Jamie Newman is a big one for the Georgia Bulldogs following the announcement that junior quarterback Jake Fromm is entering the 2020 NFL Draft.

Without Fromm, that would have left the quarterback competition this Spring to Stetson Bennett, a former walk-on, and Carson Beck, an incoming four-star signee. Freshman D’Wan Mathis, also a four-star QB, signed with UGA last year but hasn’t been cleared for contact following brain surgery in 2019.

Newman will compete for the job this Spring along with Bennett, Beck, and possibly Mathis if he is cleared for contact.

I have been watching Jamie Newman all season with the ACC network. Georgia just landed a great one! I predict he will be the best quarterback in the SEC! Go Dawgs!