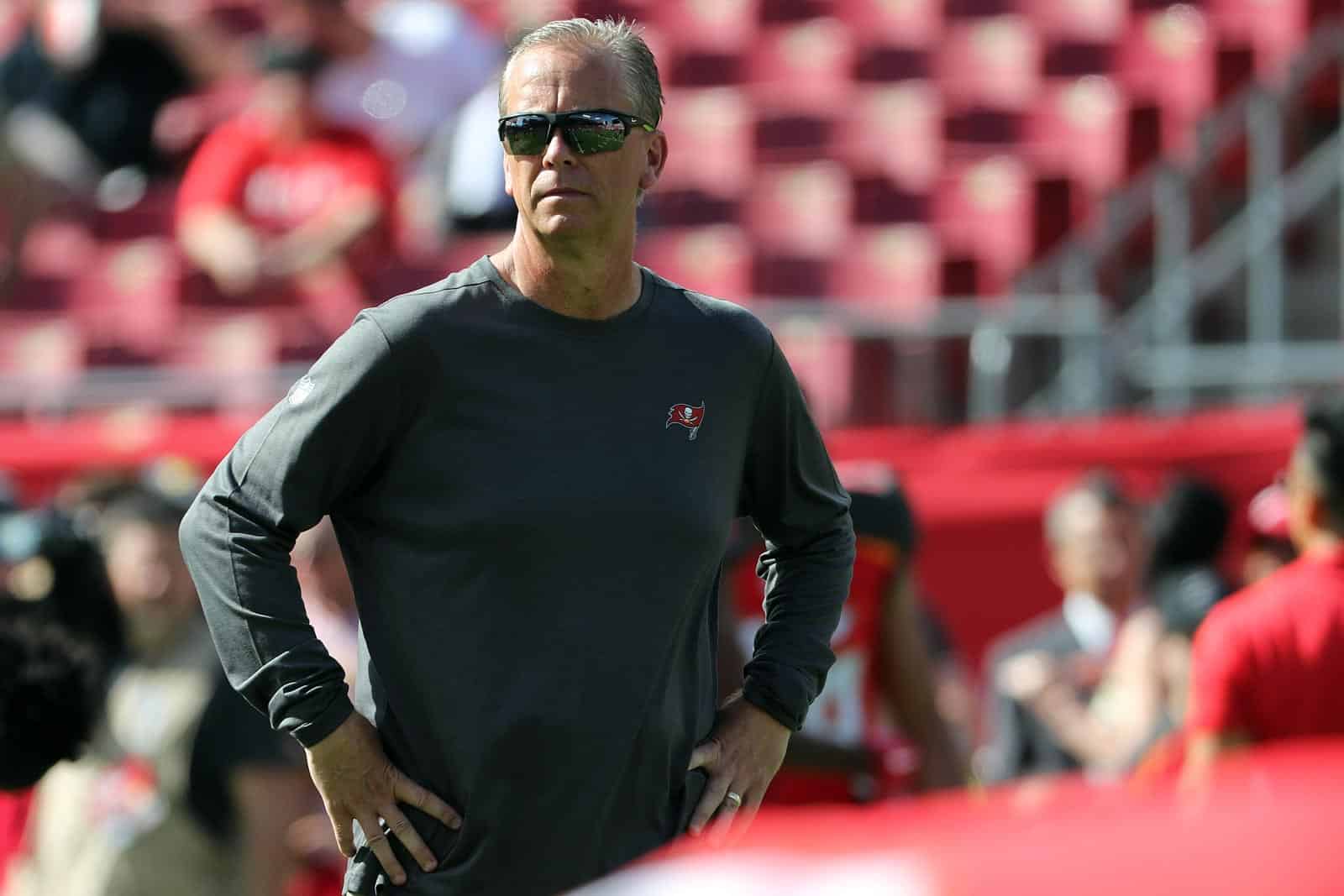 “We are excited to add Todd to our staff,” Smart said. “He has a history of establishing explosive offenses at each and every stop in his impressive career in both the National Football League and at major college football programs.”

In 2019, Monken directed a Browns offense that was led by former Bulldog standout Nick Chubb, who was second in the NFL with 1,494 yards on 298 carries (5.0 yards/carry) and eight touchdowns. Monken spent the three seasons (2016-18) before his time in Cleveland as offensive coordinator with the Tampa Bay Buccaneers. The Knox College (Ill.) graduate also coached the wide receivers his first two seasons in Tampa Bay.

In 2018, he helped the Bucs led the NFL in passing offense and finish third in the league in total offense. The Buccaneers set numerous club records including total yards, passing yards and passing touchdowns. Wide receiver Mike Evans thrived under Monken’s offense as he earned his first two Pro Bowl selections and topped 1,000 receiving yards in all three seasons.

Monken came to Tampa Bay from Southern Miss, where he spent three seasons (2013-15) as head coach. After taking over a program that had finished 0-12 the previous season, Monken oversaw a turnaround that had the Golden Eagles as postseason bowl participants by the end of his third campaign. Under Monken’s guidance, Southern Miss posted a 9-5 record in 2015, winning the Conference USA West division and earning an appearance in the Heart of Dallas Bowl. The Golden Eagles had a pair of 1,000-yard rushers and became just the second school in FBS history with a 4,000-yard passer.

Before joining Southern Miss, Monken spent two seasons as the offensive coordinator and quarterbacks coach for Oklahoma State (2011-12), his second stint with the Cowboys after having worked as the passing game coordinator and wide receivers coach from 2002-04. During his time as offensive coordinator, the team set school season records for total offensive yards, passing yards, completion percentage, points scored and passing touchdowns. He worked with quarterback Brandon Weeden and wide receiver Justin Blackmon, who both went on to be first round picks in the 2012 NFL Draft.

Prior to his second stint at Oklahoma State, Monken spent four seasons (2007-10) working as the wide receivers coach for the Jacksonville Jaguars. In his time with Jacksonville, Monken coached Reggie Williams, who set a club record with 10 touchdown receptions in 2007.

Before entering the NFL, Monken served as the passing game coordinator/wide receivers coach at LSU from 2005-06, where he helped develop future first-round wide receiver selections Dwayne Bowe and Buster Davis.

Monken began his coaching career at Grand Valley State, spending two seasons as a graduate assistant (1989-90), before holding the same title at Notre Dame (1991-92). He also coached at Eastern Michigan, where he worked as the defensive backs/wide receivers coach (1993-97), before being elevated to the offensive coordinator/quarterbacks coach (1998-99). In addition, Monken served as the running backs coach (2000) and the wide receivers coach (2001) at Louisiana Tech.

Monken was a three-year letterwinner at quarterback for Knox College. He earned a bachelor’s degree in economics and a master’s degree in education leadership from Grand Valley State. Monken is a member of the Knox College Athletic Hall of Fame. He and his wife, Terri, have one son, Travis.

“From my first conversation with Coach Monken on the phone, I knew he was what we needed to pick up where we left off from the 2010 season. He came in and embraced what we had and put his finger print on it and did an unbelievable job. I think guys respected him immediately because of his time in the NFL and even more once we got to work. He’s an innovative coach who brings that fire and passion you need. He’s one of my favorite coaches I had the opportunity to play for and great guy as well. We were lucky to get him and it worked out for both sides. “

“Coach Monken is an excellent coach who will bring energy and passion every day. He’s extremely smart and will do a great job of developing his players’ knowledge of the game. He knows how to scheme receivers open and put players in the best situations to succeed. Georgia got a great offensive mind that players will have fun playing for!”

“Coach Monken sees the game through the quarterback’s eyes. He is aggressive and calls a game based on the strengths of his players. He does a great job of teaching and instilling confidence in the entire unit.”