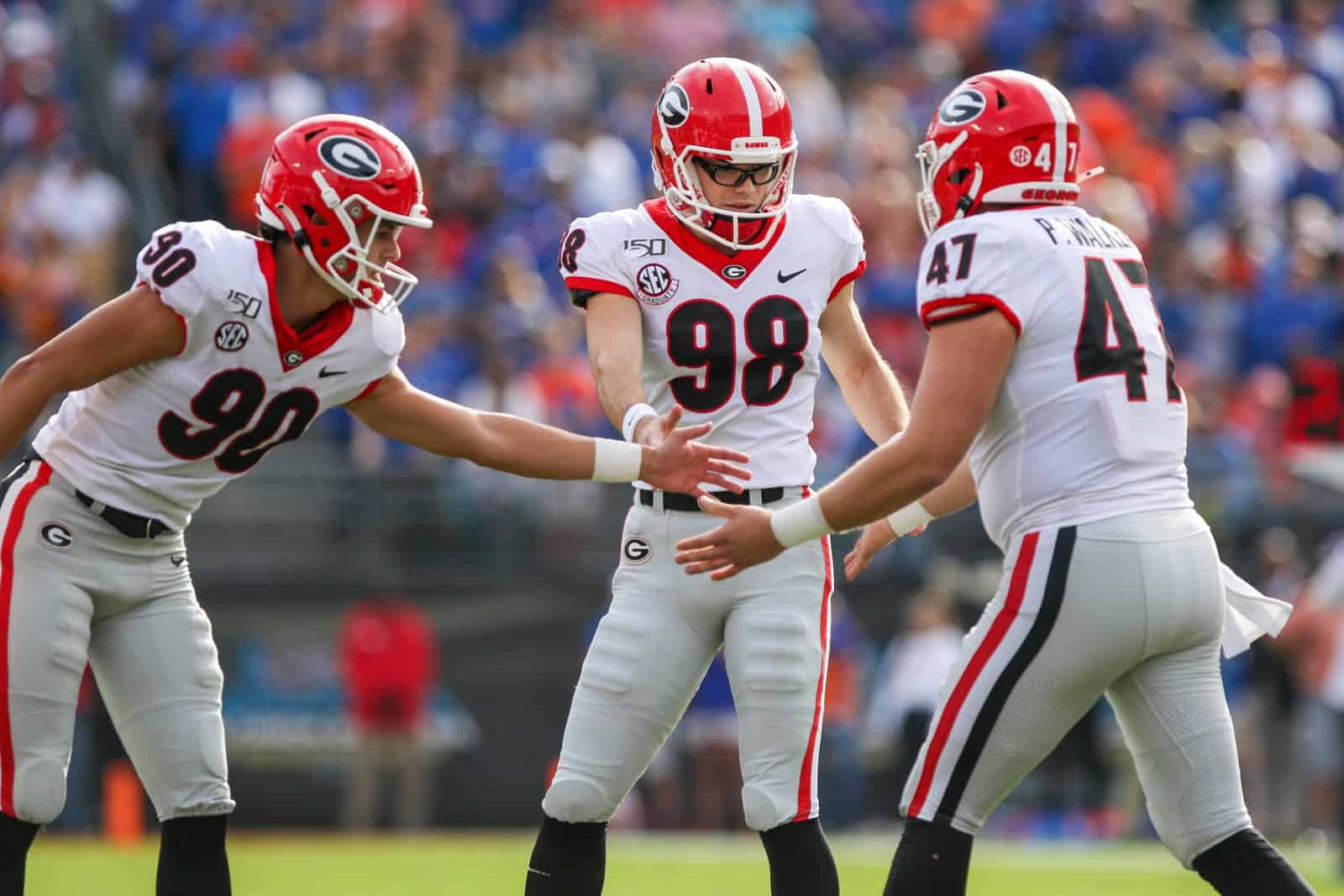 UGA senior kicker Rodrigo Blankenship has been named a nominee for the 2019 Burlsworth Trophy, the Brandon Burlsworth Foundation announced on Tuesday.

The Burlsworth Trophy, named in honor of Brandon Burlsworth, former University of Arkansas Walk-On and All-American offensive lineman, is an annual award given to the “most outstanding football player in American who began his career as a Walk-On and has shown outstanding performance on the field. Each nominee must have begun his first season of participation with FBS (D1) football program without financial aid of any kind from his university’s athletic department.”

Rodrigo Blankenship is one of 83 players that have been nominated for the 2019 Burlsworth Trophy. Clemson’s Hunter Renfrow took home the award last season.

“This award is about the journey, the incredibly challenging journey that all of these nominees have taken,” said Marty Burlsworth, CEO and founder of the Brandon Burlsworth Foundation and older brother of Brandon. “When you begin your college career as a Walk-On there are plenty of skeptics, those that think you can’t do it. This group of Burlsworth Trophy nominees have proven all the skeptics wrong. They have put in an immense about of work and overcame numerous obstacles to make their dreams come true.”

The Brandon Burlsworth Foundation, in conjunction with Springdale Rotary Club, will host an awards ceremony on December 9, 2019 in Springdale, Ark., to honor the three finalists and to announce the 2019 winner.

Blankenship, who hails from Marietta, Georgia, walked-on to the UGA football team out of Sprayberry High School in Marietta, Ga. He earned a scholarship during his second season in Athens in 2017, which he announced to the team after their 20-19 win at Notre Dame.

The Georgia Bulldogs (7-1, 4-1 SEC) are set to host the Missouri Tigers on Saturday, Nov. 9, at Dooley Field at Sanford Stadium in Athens, Ga. The game will be televised by ESPN at 7:00pm ET.