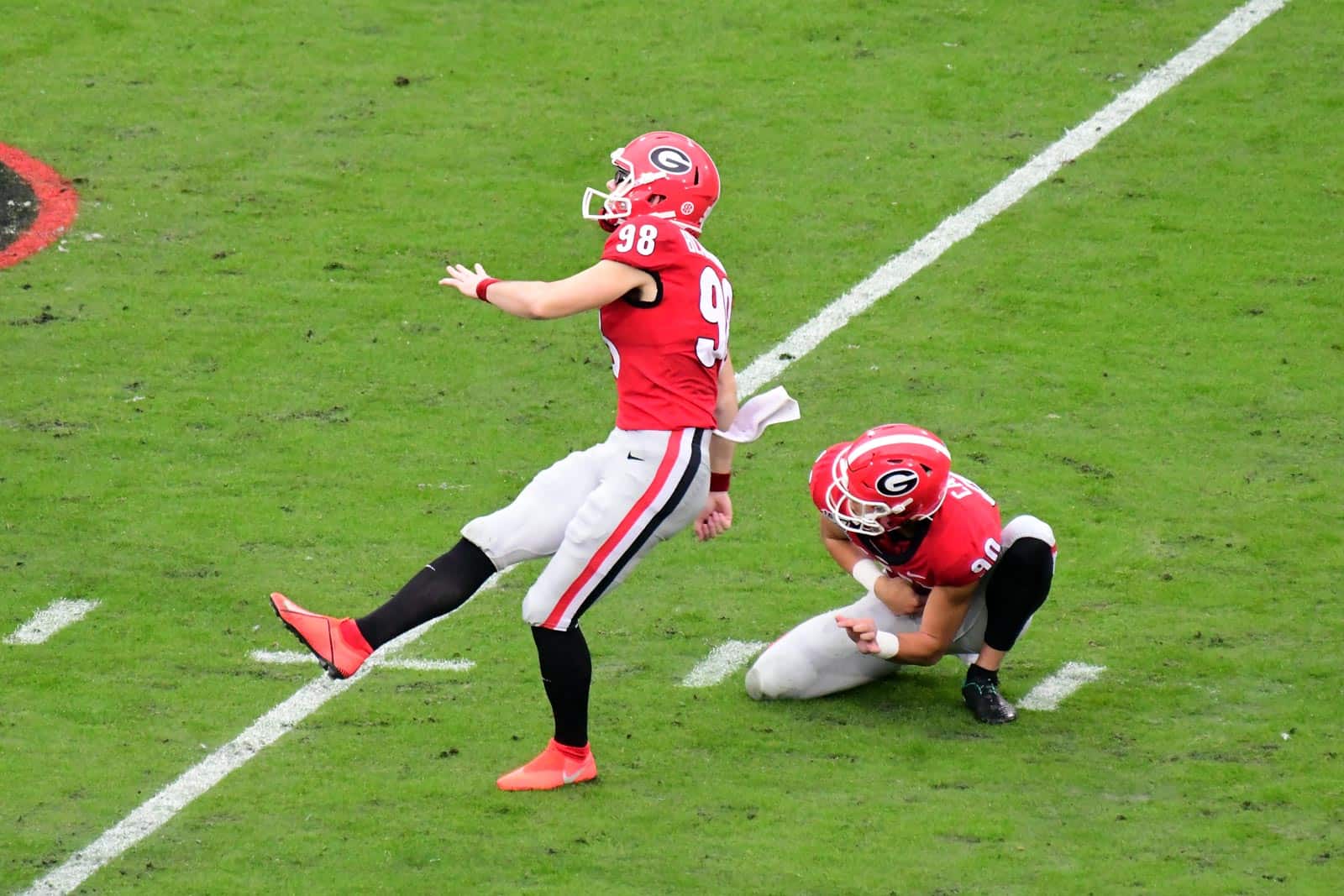 ATHENS, Ga. – Georgia graduate place-kicker Rodrigo Blankenship has earned his sixth weekly Southeastern Conference honor of the year, according to a league announcement.

Blankenship, a native of Marietta, Ga., was named the SEC Special Teams Player of the Week for the sixth time this season and for the eighth time in his career. So far this year, Georgia has had 12 weekly league awards.

Blankenship connected on all four of his field goal attempts (41, 49, 37, 31 yards) and drilled his only PAT during the Bulldogs’ 19-13 win over No. 24 Texas A&M in the rain. With his 13 points, Blankenship became Georgia’s all-time leading scorer with 418 points, which stands second in league history. His school record 190th consecutive PAT ranks second in SEC history.