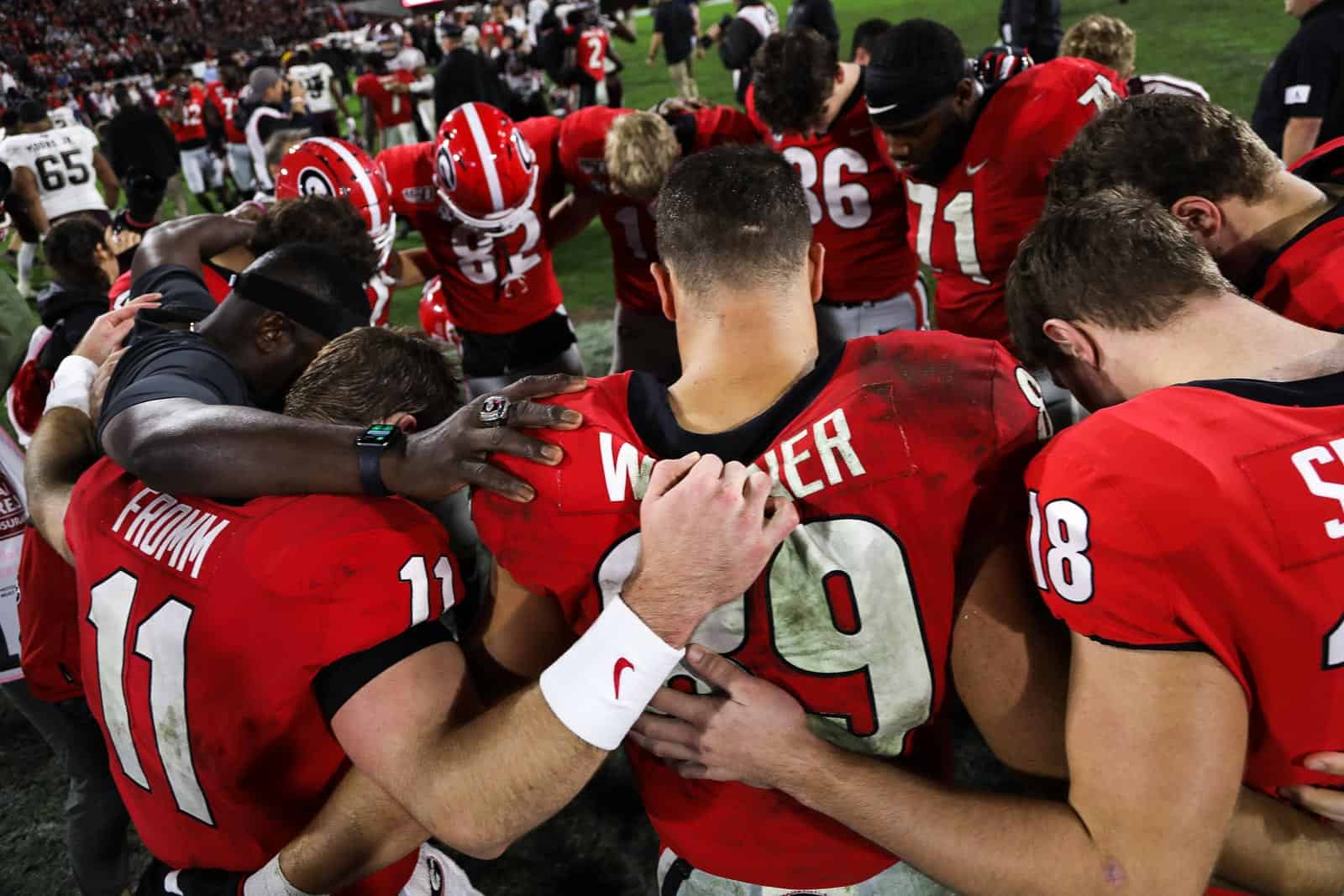 The Georgia Bulldogs have remained 4th in the College Football Playoff rankings for Week 14 of the 2019 season that were released tonight.

Georgia hosted Texas A&M on Saturday and defeated the Aggies 19-13. With the victory, the Bulldogs improved to 10-1 overall and 7-1 in SEC play.

The LSU Tigers, who defeated Arkansas 56-20 on Saturday, dropped one spot to No. 2. The Ohio State Buckeyes moved up from No. 2 to No. 1 after defeating Penn State 28-17.

Georgia has beaten three teams that are ranked in the current CFP rankings — Florida is No. 11, Auburn is No. 15, and Notre Dame is No. 16.

The Bulldogs travel to take on the Georgia Tech Yellow Jackets this weekend (Noon ET, ABC). On Saturday, Dec. 7, Georgia takes on No. 2 LSU in the 2019 SEC Championship Game at Mercedes-Benz Stadium in Atlanta, Ga.