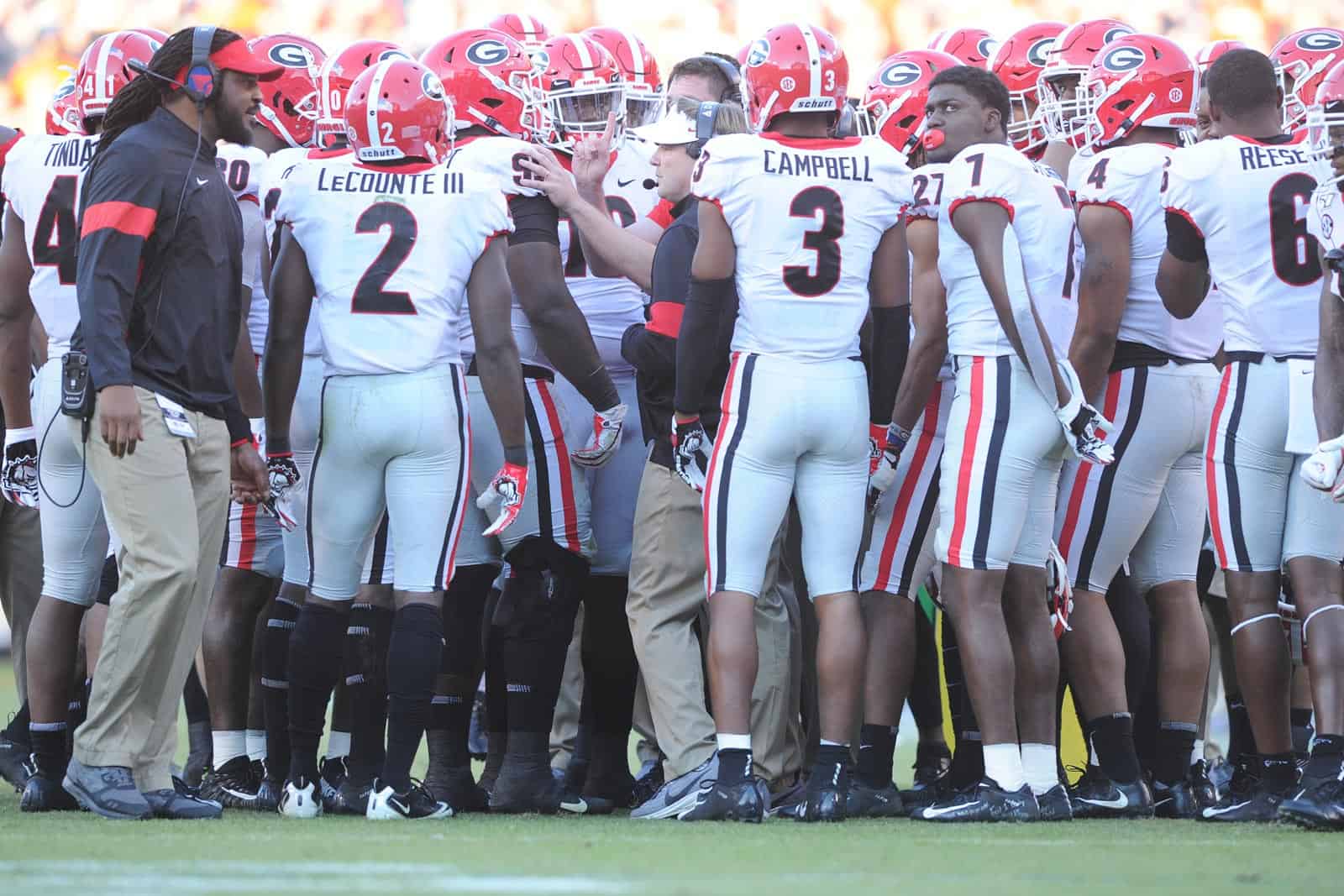 Georgia traveled to Auburn last weekend and defeated the previously 12th-ranked Tigers 21-14. The Tigers dropped three spots to No. 15 as a result of the loss.

Georgia has beaten three teams that are ranked in the latest CFP rankings — Florida is No. 11, Auburn is No. 15, and Notre Dame is No. 16.

The Bulldogs host Texas A&M this weekend (3:30pm ET, CBS) and will likely face No. 1 LSU in the 2019 SEC Championship Game at Mercedes-Benz Stadium in Atlanta, Ga.