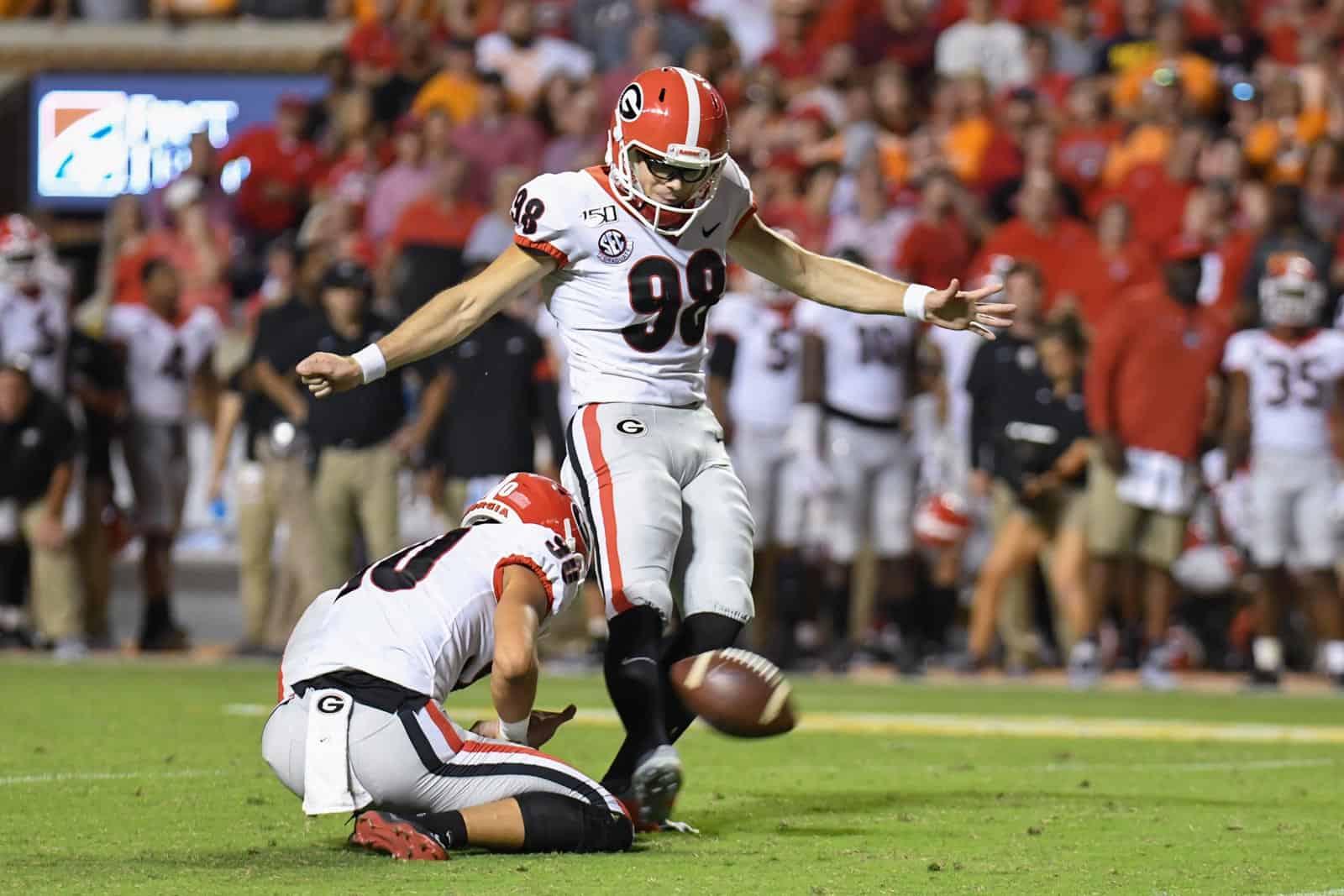 ATHENS, Ga. – Georgia senior place-kicker Rodrigo Blankenship has been named the Southeastern Conference Special Teams Player of the Week for the third time this year after his performance in the 43-14 victory at Tennessee, according to a league announcement.

For Blankenship, this marks the fifth time in his career that he has earned SEC weekly honors. He received Special Teams Player of the Week recognition earlier this year after Georgia’s wins at Vanderbilt and over No. 7 Notre Dame and following the Bulldogs’ victories last season at South Carolina and at Kentucky in 2016.

Blankenship drilled three field goals, including his second from 50 yards out this season, and hit all four of his PATs during the Bulldogs’ rout of the Volunteers. His first field goal, a 50 yarder, broke a 7-all tie in the opening quarter. He is the SEC’s leading scorer this season at 11.6 points/game and is tied for No. 2 nationally in 2019 with 2.20 field goals/game. Blankenship is the nation’s top scoring kicker with 60 points through five games and his 371 career points and 64 successful field goals rank fourth in UGA history.