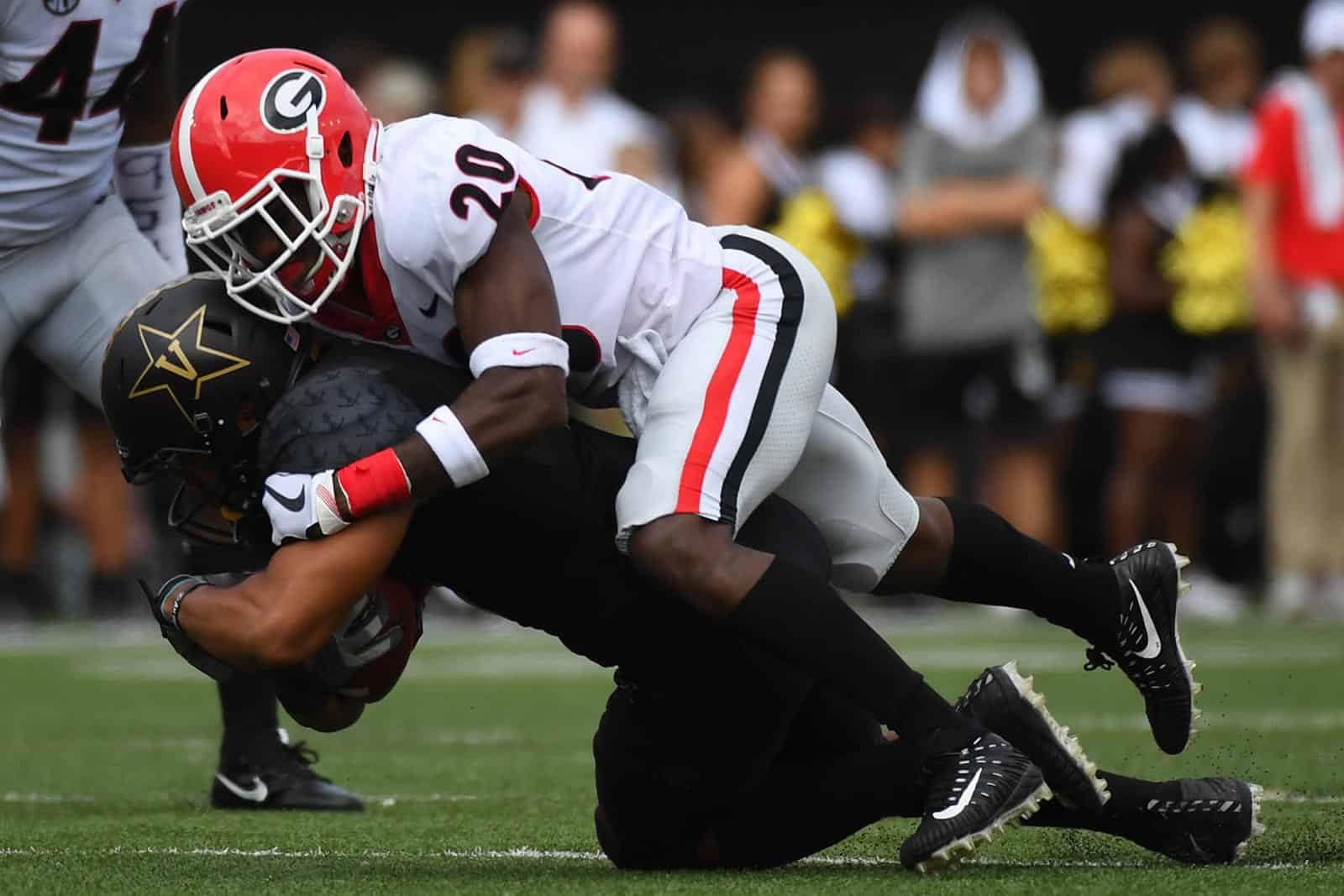 UGA senior defensive back J.R. Reed has been named to the 2019 Bronko Nagurski Award Watch List, the Football Writers Association of America (FWAA) announced on Tuesday.

The Bronko Nagurski trophy is an annual award given to the top defensive player in college football as voted by the FWAA. 92 players have been named to the list and the SEC leads with 18 players.

On Wednesday, Nov. 20, the FWAA and the Charlotte Touchdown Club will announce five finalists for the 2019 Bronko Nagurski Trophy.

The annual Bronko Nagurski Trophy Banquet will be held on Monday, Dec. 9 at the Charlotte Convention Center and Ohio State head coach Ryan Day will be the keynote speaker.

J.R. Reed, who hails from from Frisco, Texas, played in all 14 games during the 2018 season and had 66 total tackles (38 solo, 28 assisted). Reed also had two interceptions and one sack.

J.R. Reed has also been named to the watch lists for the 2019 Bednarik Award, given to the college football defensive player of the year, and the 2019 Jim Thorpe Award, awarded to the “best defensive back in college football based on performance on the field, athletic ability and character.”

The Georgia Bulldogs open the 2019 season with an SEC contest on the road against the Vanderbilt Commodores on Saturday, Aug. 31. The game is set for 7:30pm ET and it will be televised by the SEC Network.