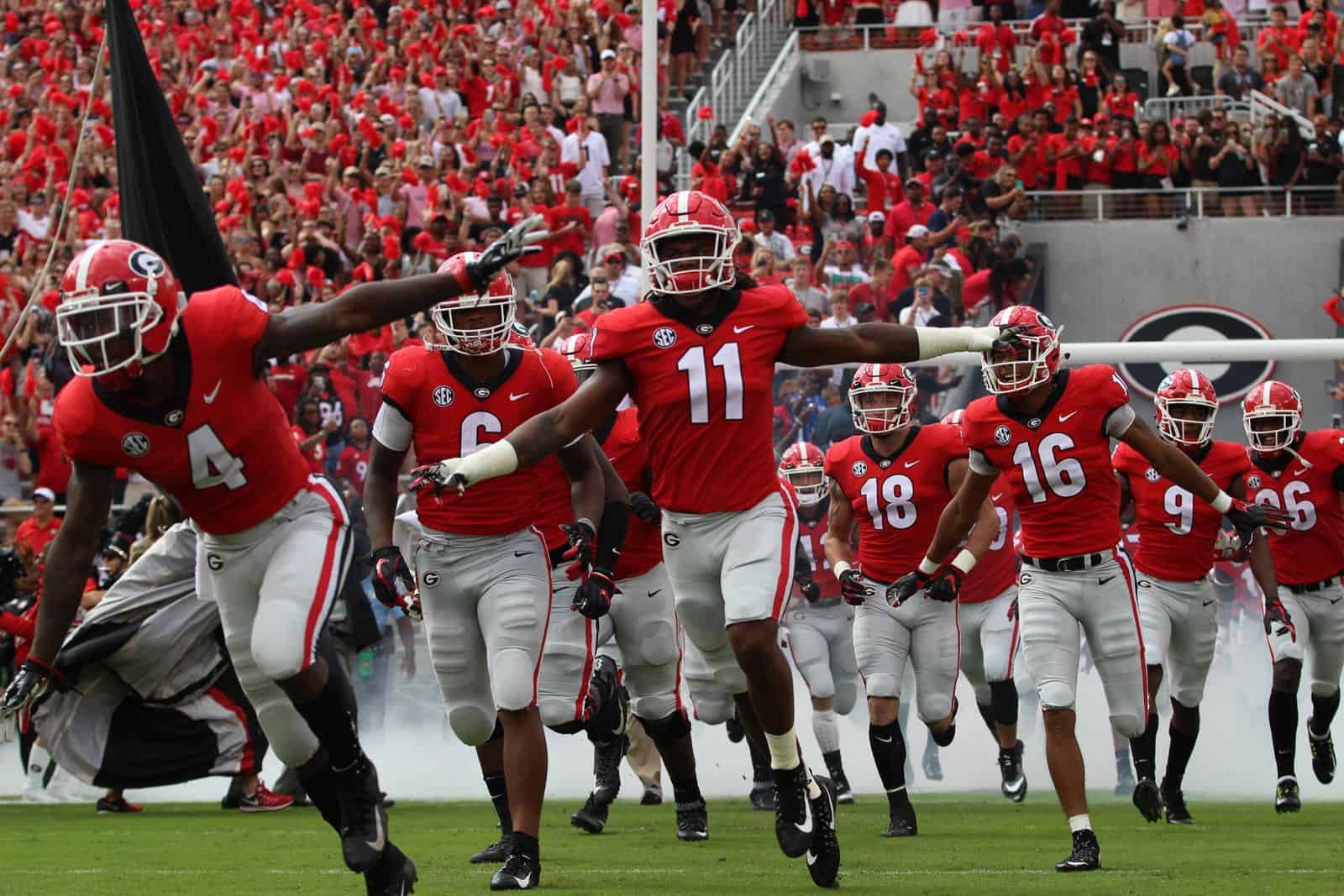 The kickoff time and television coverage has been set for Georgia’s first three games of the 2019 football season following an ESPN release on Thursday.

The Georgia Bulldogs open the 2019 season on the road in Nashville against the Vanderbilt Commodores on Saturday, Aug. 31. The game has been set for a 7:30pm ET kickoff and it will be televised by the SEC Network.

On Saturday, Sept. 7, the Bulldogs open their home schedule at Sanford Stadium in Athens against the Murray State Racers of the Ohio Valley Conference. The Bulldogs and Racers will square off at 4:00pm ET and the game will be broadcast by ESPN2.

The following week on Saturday, Sept. 14, the Bulldogs host the Arkansas State Red Wolves of the Sun Belt Conference. The game will be televised by ESPN or ESPN2 at Noon ET.

Georgia’s home home game against the Notre Dame Fighting Irish could be part of a doubleheader on CBS. The network announced they will televise a doubleheader that day with games at 3:30pm and 8:00pm ET.

The 2019 Georgia-Florida game at TIAA Bank Field in Jacksonville, Florida, is also set with its normal time of 3:30pm ET and it will be televised by CBS.

The 2019 SEC Championship Game will be played at Mercedes-Benz Stadium in Atlanta, Georgia. The game is set for 4:00pm ET on CBS.