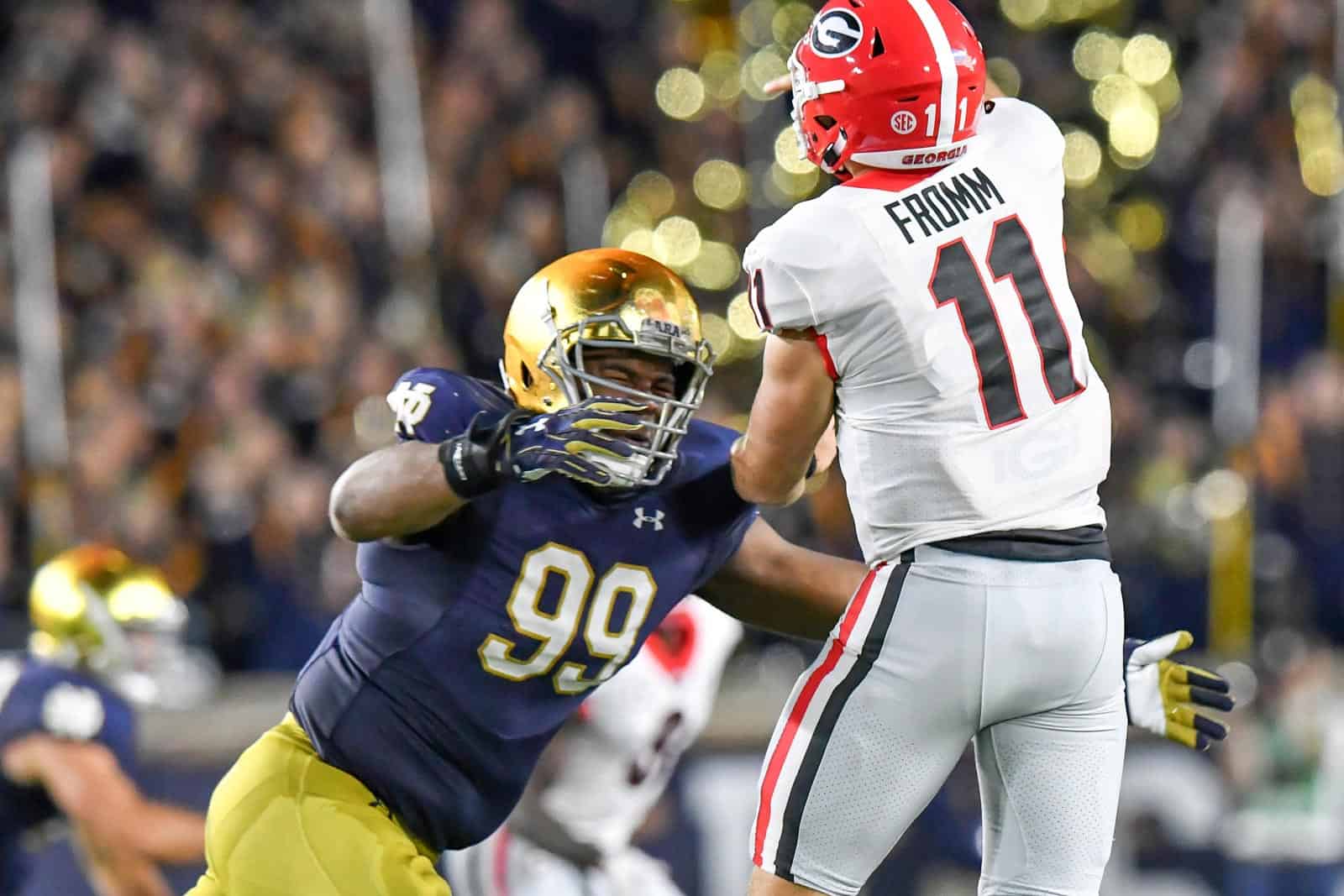 The 2019 Georgia-Notre Dame football game will likely be part of a doubleheader on CBS this season.

Earlier today, the 2019 SEC on CBS football schedule was announced. For the past few seasons, CBS has opted to schedule their 3:30pm/8:00pm doubleheader during the week of the Alabama-LSU game.

This year, CBS has slotted their day-night doubleheader for Saturday, Sept. 21. That’s the day when the Georgia Bulldogs will host the Notre Dame Fighting Irish at Sanford Stadium in Athens.

A final decision on which games will air as part of the doubleheader likely won’t be made official until the Week 4 games are announced on Monday, Sept. 9, or at the latest, by Sunday, Sept. 15.

However, looking at the SEC football schedule for that week, the Notre Dame-Georgia game stands the best chance of being selected for the 8:00pm ET spot:

A sold-out Sanford Stadium, rabid Georgia fans, and the golden helmets of the Fighting Irish could definitely result in one of the highest viewed games of the season.

As for the first game of the doubleheader, CBS has a few good options, mainly Auburn at Texas A&M and Tennessee at Florida.

Both Georgia and Notre Dame will likely head into their 2019 matchup undefeated. The Bulldogs play at Vanderbilt and then host Murray State and Arkansas State, while Notre Dame plays at Louisville and hosts New Mexico after an off week.

CBS also confirmed today that the annual Georgia-Florida game in Jacksonville will be televised at it’s usual time of 3:30pm ET. The Bulldogs will be the away team this season.

The 2019 SEC Championship Game is scheduled for Saturday, Dec. 7 at Mercedes-Benz Stadium in Atlanta. It will be televised by CBS at 4:00pm ET.

Kickoff times and television networks for Georgia’s first three games of the 2019 season are expected to be announced by ESPN by the end of this week.

Georgia opens the 2019 season on Saturday, Aug. 31 at the Vanderbilt Commodores. The Bulldogs have not opened a season playing an SEC opponent since hosting South Carolina between the hedges in 1995.