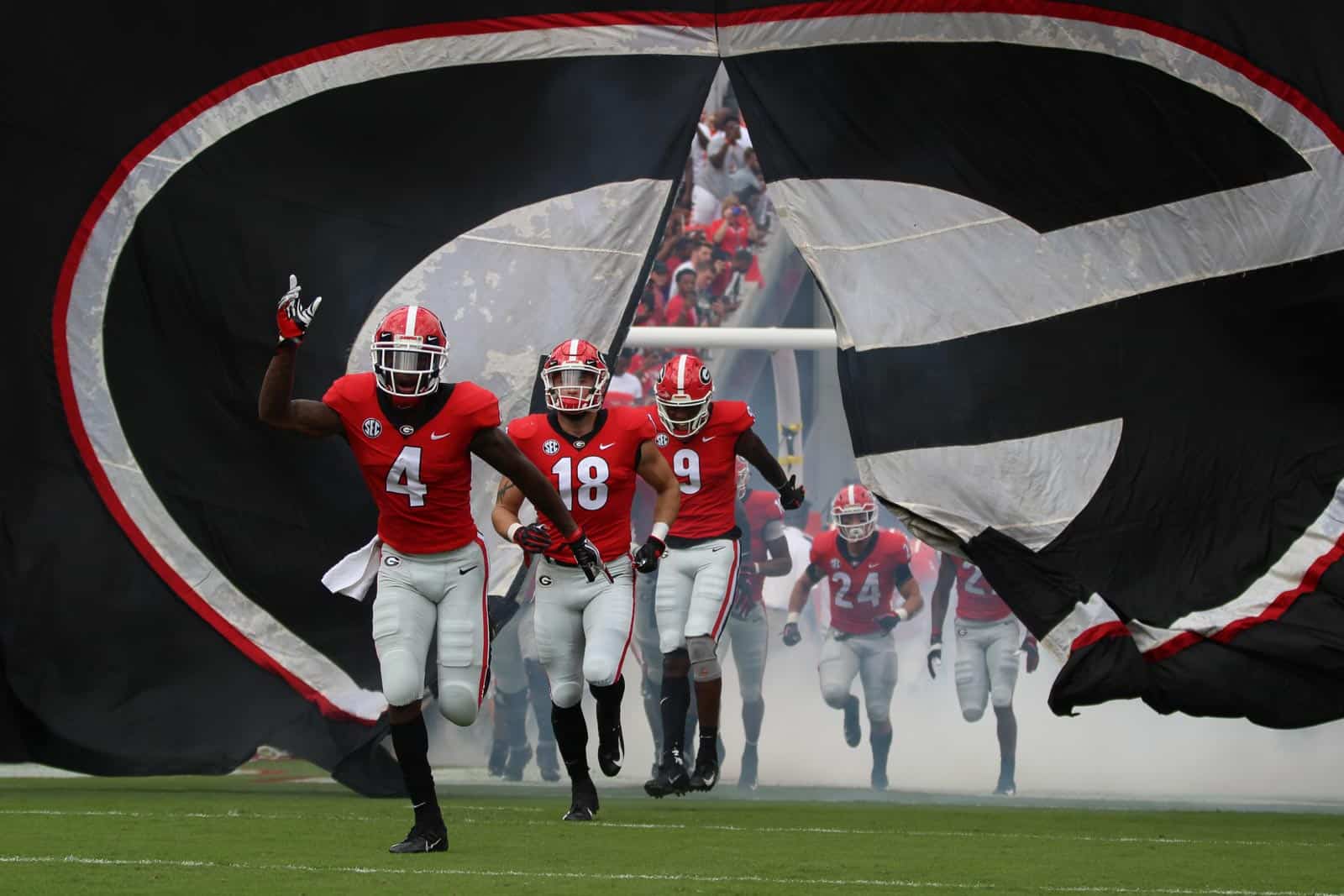 Athlon Sports has released their 2019 Preseason Top 25 rankings and the Georgia Bulldogs are ranked 3rd.

Here’s what Athlon Sports has to say about the 2019 Bulldogs:

Georgia fell short of a repeat trip to the CFB Playoff last season, but coach Kirby Smart’s team has all of the necessary pieces for a run at the national title in 2019. Quarterback Jake Fromm returns after throwing for 2,749 yards and 30 touchdowns to just six picks in a brilliant sophomore season. Fromm is supported by the nation’s best offensive line, and as usual in Athens, there’s no shortage of talent at running back. D’Andre Swift leads the way on the ground, with James Cook, Zamir White and Brian Herrien slated to round out a deep rotation. The biggest question marks on offense are centered on new play-caller James Coley and a revamped receiving corps. Coley was promoted after Jim Chaney left for Tennessee but hasn’t called plays since the 2015 season at Miami. Junior Jeremiah Holloman is likely to be Fromm’s No. 1 target, and freshmen Dominick Blaylock and George Pickens could contribute right away in the receiving corps. Georgia’s two-deep is overflowing with talent at every level on defense. The line has to get a little better versus the run, but sophomore Jordan Davis and senior Tyler Clark should push for All-SEC honors. Freshmen Nolan Smith and Nakobe Dean and junior college recruit Jermaine Johnson join a linebacker unit that features Monty Rice, Brenton Cox, Adam Anderson and Tae Crowder. Replacing No. 1 cornerback Deandre Baker won’t be easy. However, Eric Stokes and Tyson Campbell are both talented and poised to start at cornerback, with steady senior J.R. Reed providing support at safety. Rodrigo Blankenship one of the most reliable kickers in the nation. Matchups versus Notre Dame, Florida (in Jacksonville), Texas A&M and at Auburn are tough, but Georgia is likely to be favored in all 12 regular season contests.

Although the Clemson Tigers blew out the Alabama Crimson Tide in the College Football National Championship, Athlon Sports has given Alabama the top spot in their 2019 preseason poll.

The Crimson Tide are followed by, of course, the Clemson Tigers at No. 2. Rounding out the Top Five are Michigan (4) and Ohio State (5).