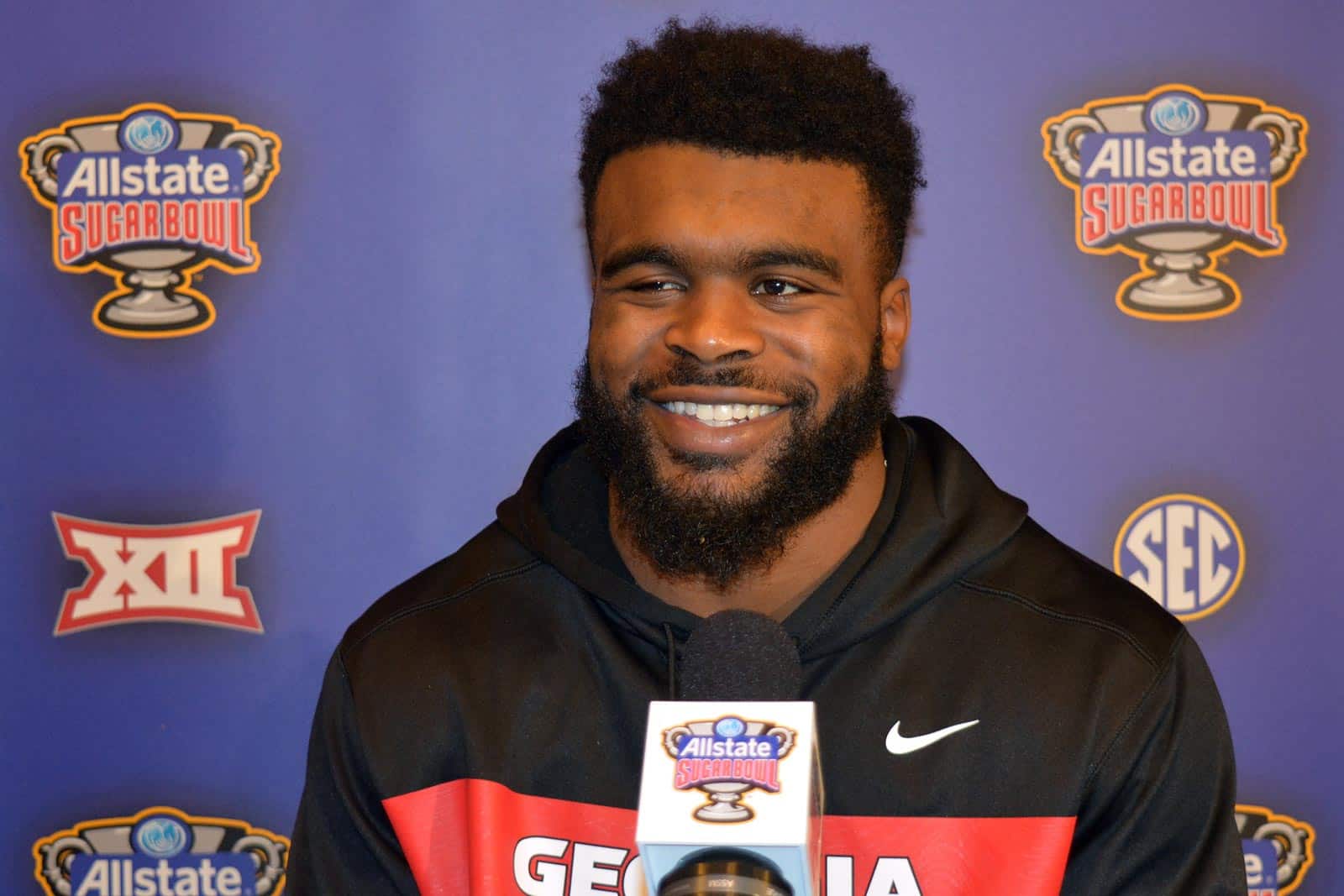 UGA junior running back Elijah Holyfield has declared for the 2019 NFL Draft, per an announcement posted to his Twitter account.

“We wish the best to Mecole Hardman, Elijah Holyfield, Isaac Nauta and Riley Ridley as they pursue their careers at the next level,” Smart said. “All four of these juniors contributed significantly to our success during the last two seasons and we look forward to them making the best out of their shot at the NFL. As with all our players, we also will encourage them to complete their degrees to get prepared for the next chapter of their lives.”

In three seasons for the Bulldogs, Elijah Holyfield rushed 215 times for 1,340 yards and nine touchdowns. He also caught seven passes for 63 yards.

Holyfield had his best season as a junior for the Bulldogs. Splitting time mainly with sophomore D’Andre Swift, Holyfield rushed for 1,018 yards on 159 carries (6.4 avg.) and scored seven touchdowns.

The son of former cruiserweight and heavyweight boxing champion Evander Holyfield, Elijah signed with UGA out of Woodward Academy in College Park, Georgia, in February of 2016. He was a four-star recruit and Top 200 player nationally.