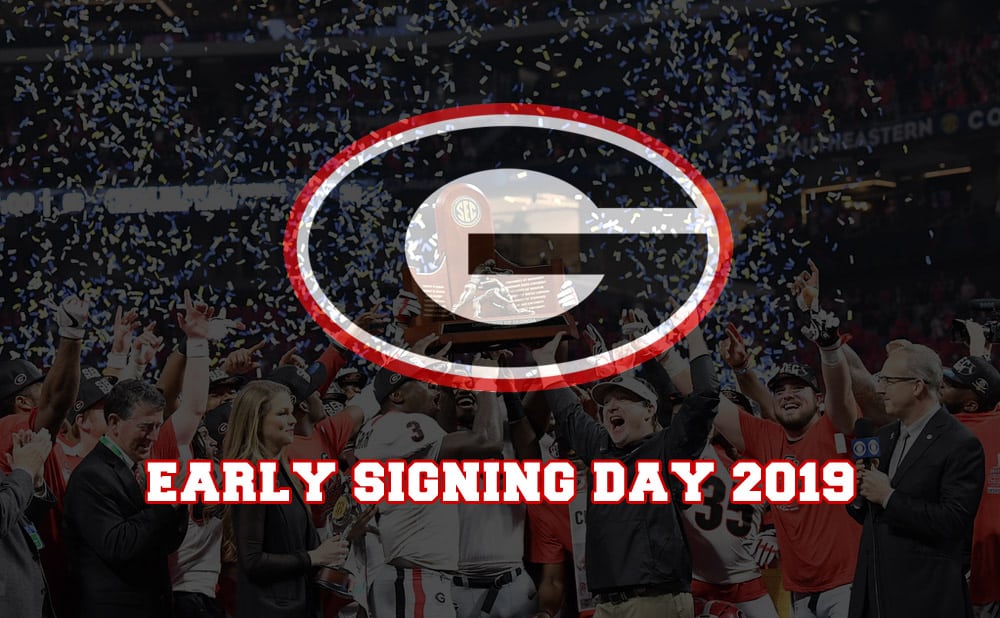 Several recruits that are committed to UGA will sign on Wednesday. Below is the list (all times ET):

As we do each year, SicEmDawgs.com will post the UGA Football Signees as they come in. We will also update this post throughout the day (see “Live Signing Day Updates” below). Feel free to join the signing day discussion in the comments section at the bottom.

7:30am – 5-Star DE Nolan Smith and 4-Star TE Ryland Goede have signed their letters of intent.

8:23am – 5-Star WR Dominick Blaylock and 4-Star DE Zion Logue have signed with the Georgia Bulldogs.

8:43am – 3-Star DT Tramel Walthour has signed with Georgia.

8:55am – 4-Star athlete Makiya Tongue has signed with UGA.

9:05am – 3-Star DT Tymon Mitchell has signed with Georgia.

9:40am – 4-Star RB Kenny McIntosh has signed with the Dawgs.

9:58am – 4-Star dual-threat quarterback Dwan Mathis has flipped his commitment from Ohio State and will sign with Georgia! This also indicates that Justin Fields is leaving Athens.

10:31am – 4-Star linebacker Rian Davis has signed with the Dawgs.

10:59am – 4-Star safety Lewis Cine has signed his letter of intent with UGA.

11:15am – 4-Star running back Noah Cain committed to Penn State over Georgia, Auburn, and Texas.

12:33pm – 4-Star athlete Trezman Marshall has signed with the Bulldogs.

1:20pm – 5-Star running back Trey Sanders has committed to Alabama over Georgia.

9:30pm – Georgia has signed a familiar name — quarterback Stetson Bennett who was formerly a walk-on in 2017 and transferred to a JUCO for the 2018 season.