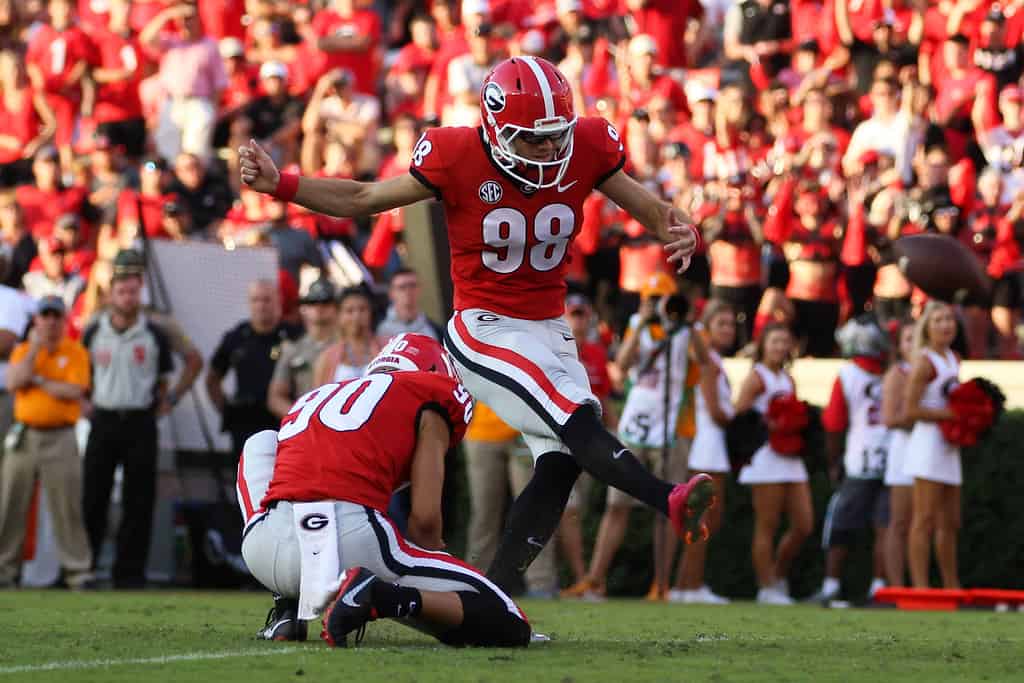 ATHENS, Ga. – Georgia junior place-kicker Rodrigo Blankenship has been named a 2018 Lou Groza Award semifinalist for the second season in a row, according to an announcement from the Palm Beach County Sports Commission.

Blankenship, a Marietta, Ga., native, is one of only five returning honorees on the 20-man list.

Semifinalists will be voted on by a panel of more than 100 FBS head coaches, SIDs, media members, former Groza finalists and current NFL kickers to select the three finalists.  These finalists will be announced on Nov. 20th and honored at the 27th annual Lou Groza Collegiate Place-Kicker Awards Banquet on Dec. 3rd in Palm Beach County.  The same panel then selects the winner, who will be announced live on ESPN at the Home Depot College Football Awards Show on Thursday, Dec. 6th.

Blankenship has drilled 13 of 15 field goals this year, including a season-long 53 yarder at South Carolina and three during the most recent victory versus No. 9 Florida, and is a perfect 36-for-36 on PATs through eight games.  In fact, he has now connected on a school record 125 consecutive PATs during his career.  Blankenship ranks second in the NCAA FBS in 2018 with 53 touchbacks.