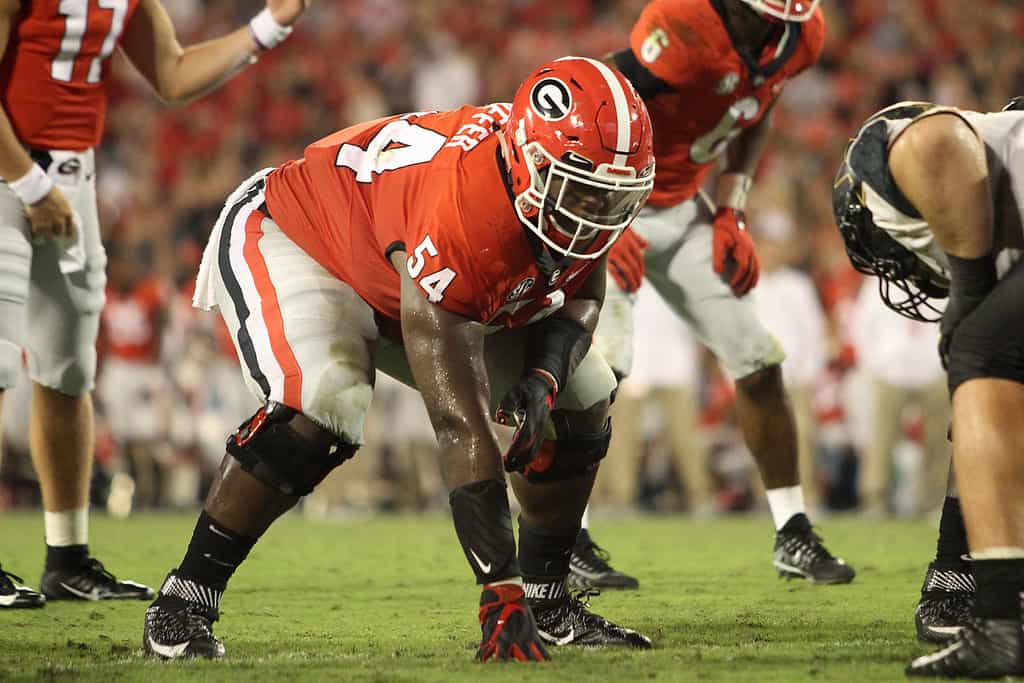 The Bulldogs and Gators meet in a pivotal game in the race for the Southeastern Conference Eastern Division crown as they both enter with 4-1 league records and 6-1 overall. Speaking on the SEC head coaches weekly teleconference before practice, Georgia head coach Kirby Smart discussed playing Florida in Jacksonville and the importance of the running game.

“Our guys are really excited for a great rivalry game, one of the best in the country as far as playing in a neutral site,” said Smart. “It’s always exciting to go down to Jacksonville and be able to play this game, especially in front of so many of our fans that live across South Georgia and it becomes an easy travel for them. We’ve had a good week of practice.”

In the Georgia-Florida game, the team with the most rushing yards has won the past 12 meetings and Smart was asked about Georgia’s rushing attack and rushing defense.

“It’s critical,” said Smart. “You look at the history of the Georgia-Florida game which we’ve done and shown our players, a team that leads it in rushing tends to win. You could probably say that about every game, but it’s not that way anymore in college football but this game has been that way. I think that running the ball takes a little stress off whoever’s quarterback is able to have a better running game. It’s certainly critical that we are able to run it but that we are also able to stop the run.”

“Both teams really like to establish the run, and offenses that really base themselves on being a running football team,” said Mullen. “The ability to control the line of scrimmage, especially anytime when you’re in a big game, is usually a huge factor. If one team is really dominating the line of scrimmage, then that’s probably going to be the team that is going to win the game. We have to do a great job on both sides of the ball. They like to run the ball. We like to run the ball.”

Like Georgia, the Gators were off this Saturday and Mullen said he was pleased with how the Gators handled the open date.

“We’re coming off the bye week, and I think our guys used that time to work on some technique, fundamentals and improve some different things that you don’t always get time to work on during a game week,” said Mullen. “We’ve had a pretty good week of practice, and I know the guys are excited to go play in this game. It’s a fun game to be a part of, a great rivalry game in a great setting. It should be a lot of fun.”

Following the workout, juniors Mecole Hardman and Isaac Nauta met with the media about the Florida game.

Saturday’s kickoff at TIAA Bank Field is slated for 3:30 p.m. ET on CBS.

On the expectation of this week compared to heading into the LSU game…
“I wouldn’t say it over confident, it was more like, it’s not always the best team that wins, it’s the team that plays best. LSU came on and played a great game, they had a great game plan, and they executed to the best of their ability and it didn’t go right for us.”

On the phrase ‘Humble Over Hype’…
“I think most of our team is humble. If they weren’t humble, they’re humble now. Like the freshmen class, that was the first game they’ve ever lost. We’ve been humble, we’ve been working, and grinding hard and it just didn’t go our way. Now we just have to refocus it and get back to the standard.”

On his personal excitement to play in Jacksonville…
“I’ve spent a lot of time in Jacksonville; I lived there for about eight years so seeing all my old friends and family members that still live down there. I’ve been a part of this game as a fan living in Jacksonville so it’s always awesome for me to come back and play in this game. … [The atmosphere] is awesome. It’s literally split right down the middle, half and half. It’s weird how people file in because they’re all out tailgating beforehand so when everybody gets in there, it gets crazy and it’s a really cool atmosphere. It’s probably one of the best atmospheres in college football.”

On stacking up against a strong Florida defense…
“You just have to compete with those guys, they’re good players. When you’ve got guys like they’ve got, their defensive line is a big challenge and if we can hold up against them, that’s a great look for us and that’s something that we hang to do. I’m excited for the challenge. They’ve got good pass rushers, good players, good defense so I’m looking forward to it.”

On the talking between teams in the Georgia-Florida game and keeping the younger guys composed…
“… This game is about composure too. You can’t get caught out of control and the next thing you know, you’re costing the team because you can’t keep your mouth shut. There’re some words swapped during the game. … Just harping on it, letting [the younger guys] know that composure is a real thing in this game and you need to have it.”