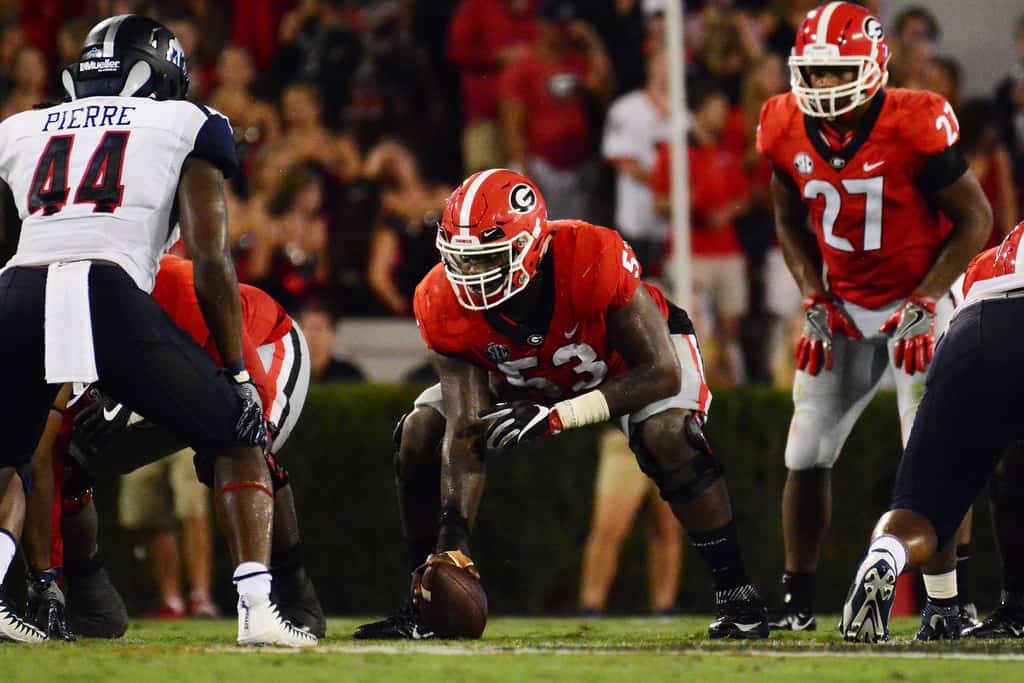 UGA senior center Lamont Gaillard has been named to the 2018 Outland Trophy Watch List, according to an announcement on Tuesday.

The Outland Trophy, awarded by the Football Writers Association of America (FWAA), is given to the nation’s best interior lineman. The Big Ten leads the list this season with 13 of 82 players named.

Georgia is scheduled to open the 2018 season on Saturday, Sept. 1 against the Austin Peay Governors at Sanford Stadium in Athens. The game is slated for 3:30pm ET on ESPN.