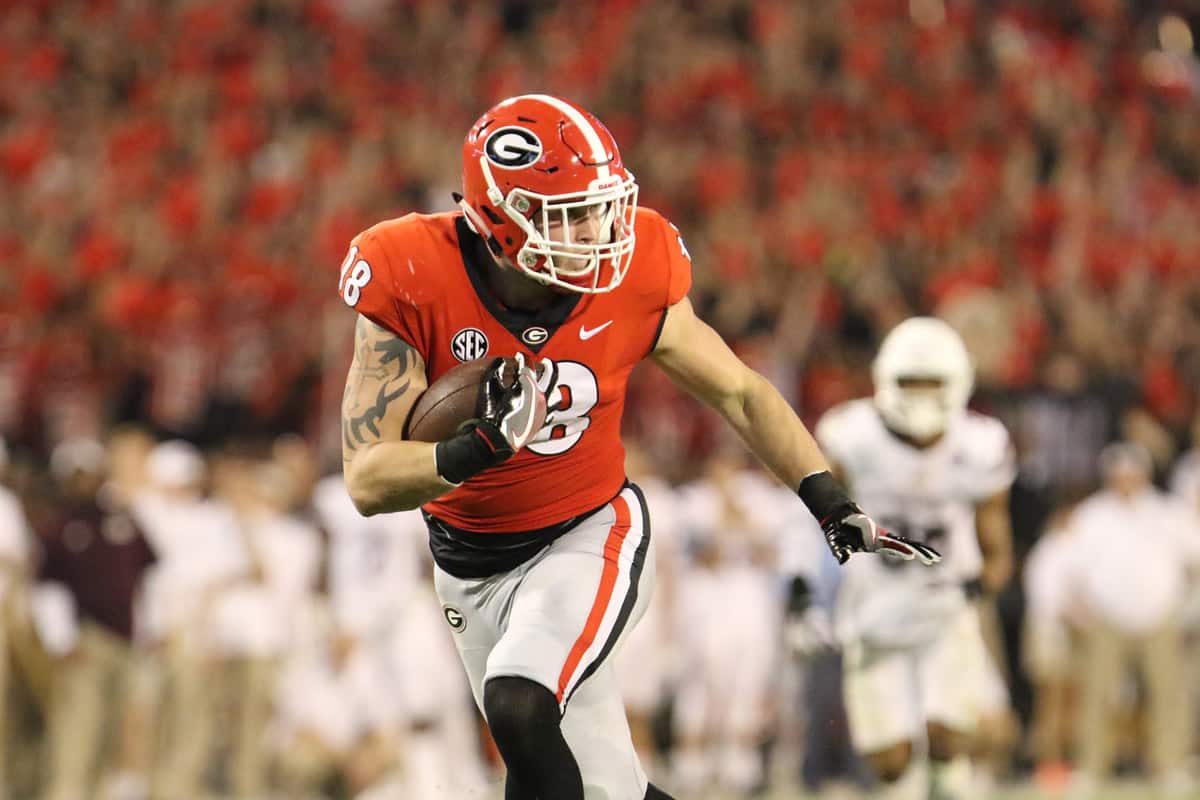 UGA junior tight end Isaac Nauta has been named to the 2018 John Mackey Award Watch List, The Friends of John Mackey have announced.

Nauta, who was also named to the Mackey watch list last season, is one of 64 tight ends on the 2018 John Mackey list. The award is given annually to the most outstanding collegiate tight end.

The winner of the 2018 John Mackey Award will be announced on Wednesday, Dec. 5, 2018 and then presented live on Thursday, Dec. 6 at The Home Depot College Football Awards Red Carpet Show on ESPNU.

Nauta, a native of Buford, Georgia, played in eight games during the 2017 season. He recorded nine receptions for 114 yards and two touchdowns.

The Bulldogs are set to open the 2018 season in Sanford Stadium on Saturday, Sept. 1 against the Austin Peay Governors. Georgia opens SEC play the following week at South Carolina.