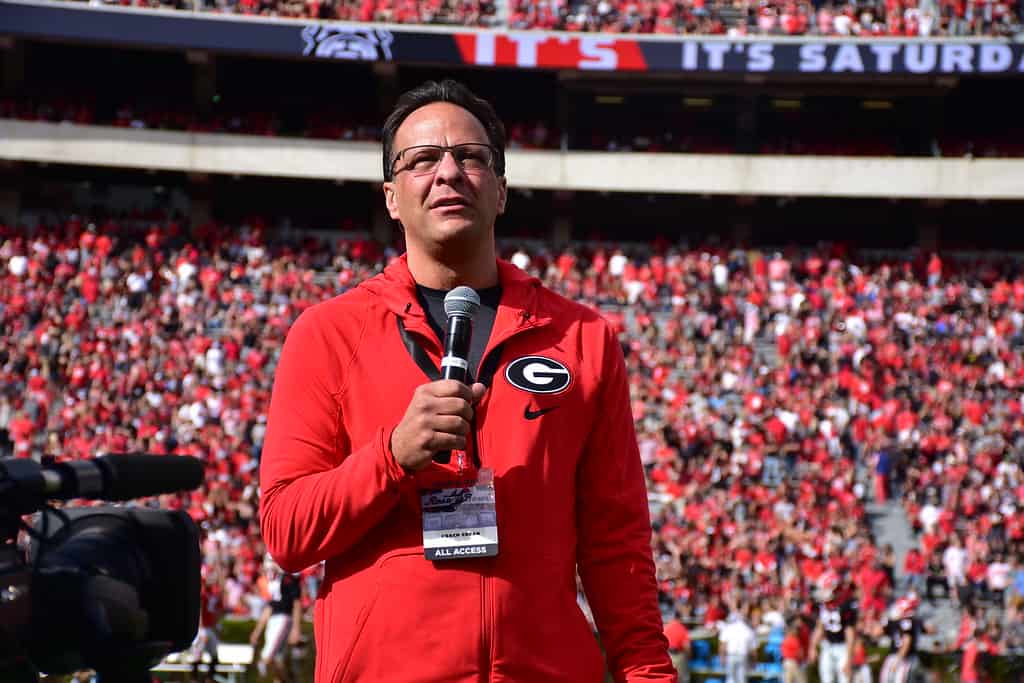 On Saturday, the Georgia Bulldogs held their annual G-Day game, where the Black team defeated the Red team 21-13.

New UGA head basketball coach Tom Crean was on hand to take in the action. Hours before the game, Crean tweeted out a picture of himself with Uga X.

After speaking with SEC Network reporter and UGA alum Maria Taylor, Tom Crean grabbed the mic and gave a passionate speech to the Bulldog fans at halftime of the G-Day game.

Check out the video below, which resonated with Bulldog Nation!

#ICYMI: 82,184 members of the #DawgNation got to hear @TomCrean address the crowd at halftime of G-Day on Saturday. If you weren’t there, now you can too!#CommitToTheG pic.twitter.com/4lZvXjebWQ