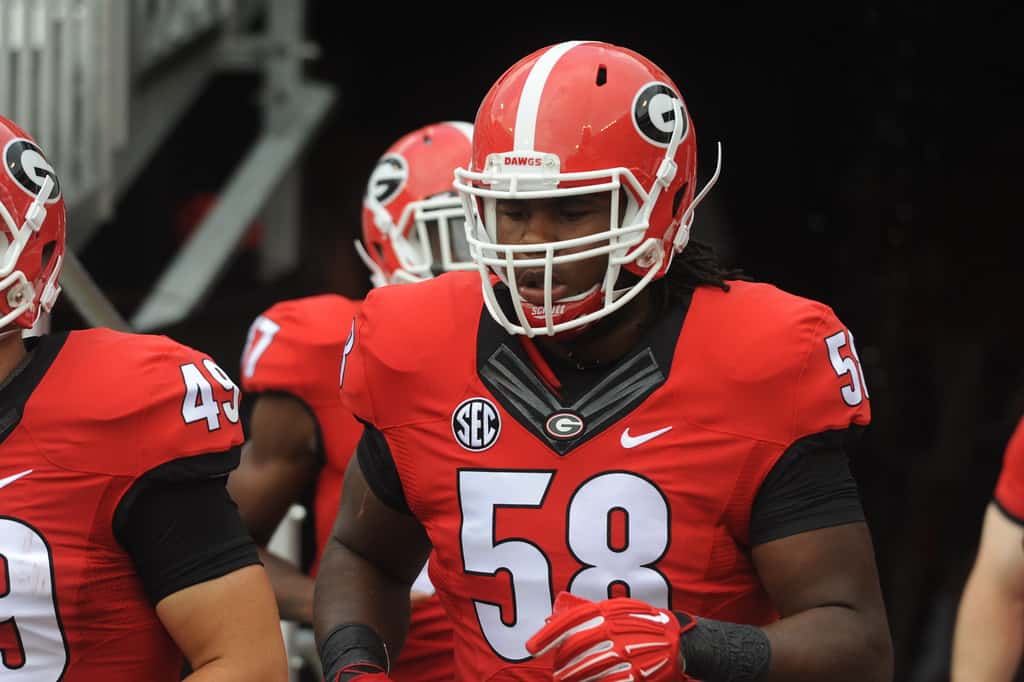 The Georgia Bulldogs wrapped up their Spring practice with the annual G-Day game on Saturday. It didn’t take long for the first player to announce his intention to leave the team.

On Tuesday, junior offensive lineman Pat Allen announced that he will transfer from UGA. Allen signed with the Bulldogs in February 2015 and then redshirted the 2015 season.

Allen leaves the program with two seasons of eligibility remaining.

Anthony Dasher of UGASports.com first reported the possibility of Pat Allen transferring in a post on the Dawgvent on Monday. Dasher then posted a screenshot of Allen’s announcement after he tweeted it on Tuesday.

As I mentioned on the Dawgvent Monday, UGA offensive lineman Pat Allen is transferring. Today he confirms… pic.twitter.com/9XQVqk0NNy

Allen started six games for the Bulldogs in 2017. But due to the influx of more highly ranked and skilled offensive linemen in Athens, Allen found himself behind on the depth chart.