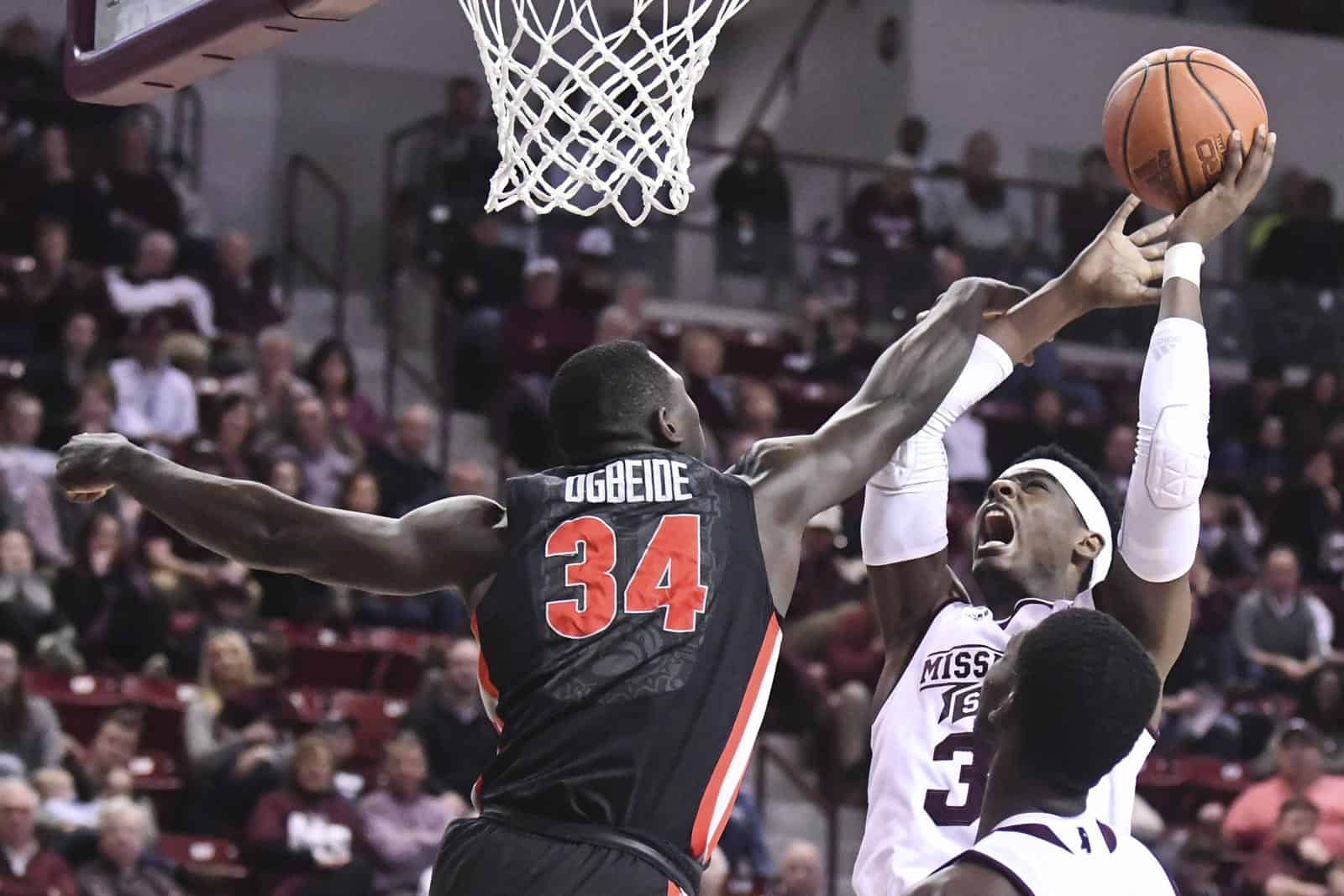 STARKVILLE, Miss. – The Georgia Bulldog basketball team was unable to overcome an early first-half lead from the Mississippi State Bulldogs on Saturday evening, falling 72-57 at the Humphrey Coliseum.

“On the road, you have to play mistake-free,” Georgia head coach Mark Fox said. “And we turned it over and gave them some turnovers that led to layups, and then we played from behind. Several times we got the game back in position where we could threaten, but we couldn’t get stops and rebounds consistently tonight.”

The Georgia bench delivered 20 points with contributions from senior Pape Diatta (12), freshman Nicolas Claxton (6) and junior Mike Edwards (2). In only his seventh appearance this year, Diatta provided his first points of the season: a quartet of 3-pointers for 12 points (4-for-4 3FG), marking his first double-digit scoring output of the season and his second of his career.

The Bulldogs won the battle from behind the arc, matching a career-high in 3-pointers with nine in 40 minutes for the fourth time this season.

Diatta came off the bench in the opening half and supplied three 3-pointers for a team-high nine points. Crump added five of his own points in the early minutes of the half, but the Bulldogs from Starkville maintained a steady distance from Georgia, closing out the half with a 16-point lead, 37-21.

Georgia opened the second half with a 7-2 run, threatening with jumpers from Maten and junior William Jackson II and a three from Crump, but Mississippi State returned with three buckets in the paint. Mississippi State upheld the pressure throughout the half, separating themselves by as many as 19 points.

At the 10:16 mark, freshman Nicolas Claxton snagged the offensive rebound and tossed it to Maten, who put it up for a layup, the first of eight consecutive points from the senior forward. A Crump 3-pointer, the third of the night, cut the Mississippi State lead to match its lowest of the half and separated a pair of Claxton dunks, but Georgia trailed 66-54 with less than five minutes remaining.

Diatta hit another three at the 2:35 mark, but Mississippi State contained its lead with a couple of free throws and a final layup from the lead-scorer of the night, sophomore Lamar Peters.

Up next, Georgia continues competition on the road, traveling to Nashville, Tennessee to face Vanderbilt on Wednesday, Feb. 7. The game will be available on SEC Network at 8:30 p.m. ET.