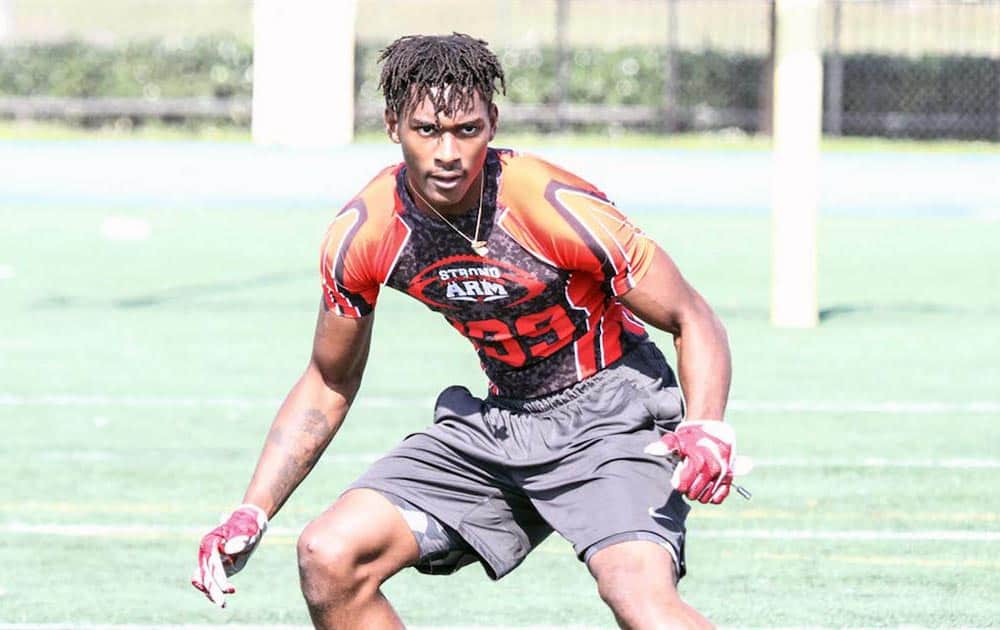 We have a flip on early signing day! Four-star cornerback Nadab Joseph of Miami, FL (Miami Norland) has flipped his commitment from Alabama to Georgia.

According to a report by Rivals.com, Joseph declined to sign with the Crimson Tide and has already signed with the Bulldogs.

Nadab Joseph (6-2, 190) committed to the Alabama Crimson Tide back on December 5th. He chose the Georgia Bulldogs over, obviously, Alabama and most of the other top schools in the country.

Rivals.com rates Nadab Joseph as a four-star recruit, the No. 10 cornerback, and the No. 84 overall recruit for the 2018 class.

Joseph is rated four-stars, the No. 18 cornerback, and the No. 161 overall recruit in the 247Sports Composite.

Georgia’s 2018 recruiting class is currently rated 1st by Rivals and ESPN and 2nd by 247Sports.