Georgia’s Kirby Smart is Sporting News Coach of the Year

Georgia’s Kirby Smart is Sporting News Coach of the Year 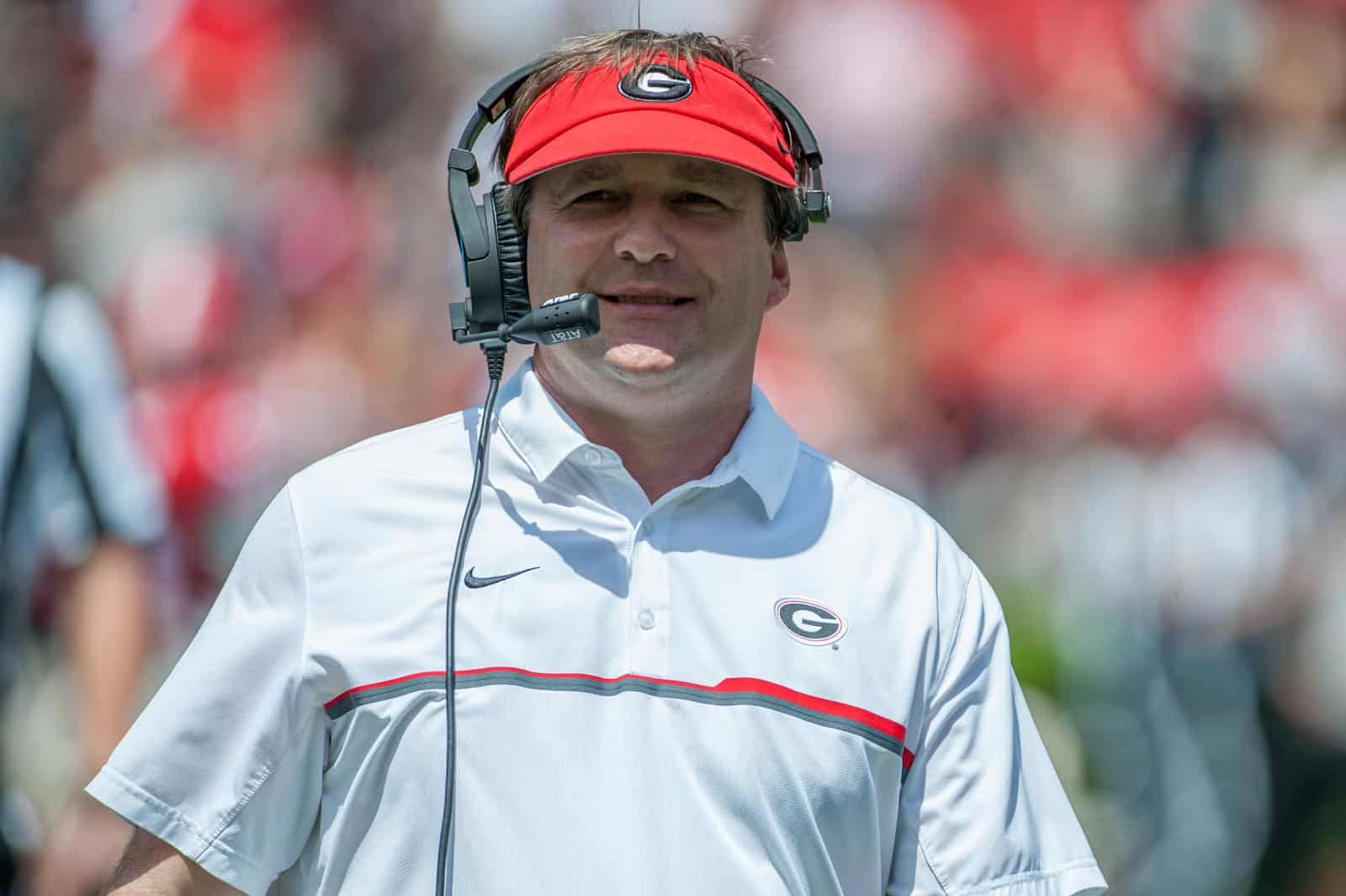 Georgia coach Kirby Smart had an unexpected visitor before the SEC championship game against Auburn on Dec. 2.

Smart handled that pressure. He guided the Bulldogs to a 12-1 record, their first SEC championship since 2005 and their first College Football Playoff berth. For those efforts, Smart is Sporting News’ 2017 Coach of the Year.

Georgia became the first SEC East school to win the conference championship since 2008. It was a turnaround from the former Alabama defensive coordinator’s first season, when the Bulldogs finished 8-5. This year, Georgia swept rivals Florida, Tennessee and Georgia Tech, won a marquee nonconference game at Notre Dame and avenged its only loss of the season in the SEC championship rematch against the Tigers.

“All those ones I won at Alabama and here, they felt awesome too because it’s hard to do,” Smart said of his latest conference title. “This one feels the same way.

“You know, it’s just the psychological stamina it takes to win an SEC Championship. I don’t think people really realize what you go through the entire year — going on the road, playing these intense games.”

Smart repeatedly praised a senior class that featured players such as Nick Chubb and Roquan Smith, who opted to stay in school for one more season. What was the first day like when Smart took over for Mark Richt?

“Yeah, I remember,” Chubb said. “Happy the first day he came and spoke to us. He was busy with Alabama winning the championship, and he came in, and he just looked exhausted. We’re like, ‘Man, what’s this man been up to?’

“Just the things he says, and he actually backs it up with his actions,” Smith added. “It is what it is. He’s an awesome guy, as you guys can see, and he knows what he’s doing.”

Georgia hasn’t won a national championship since 1980. That’s the next challenge for Smart, who will get to take it at the Rose Bowl Game. Smart faces that pressure every day, but he clearly enjoys it. So do the players.