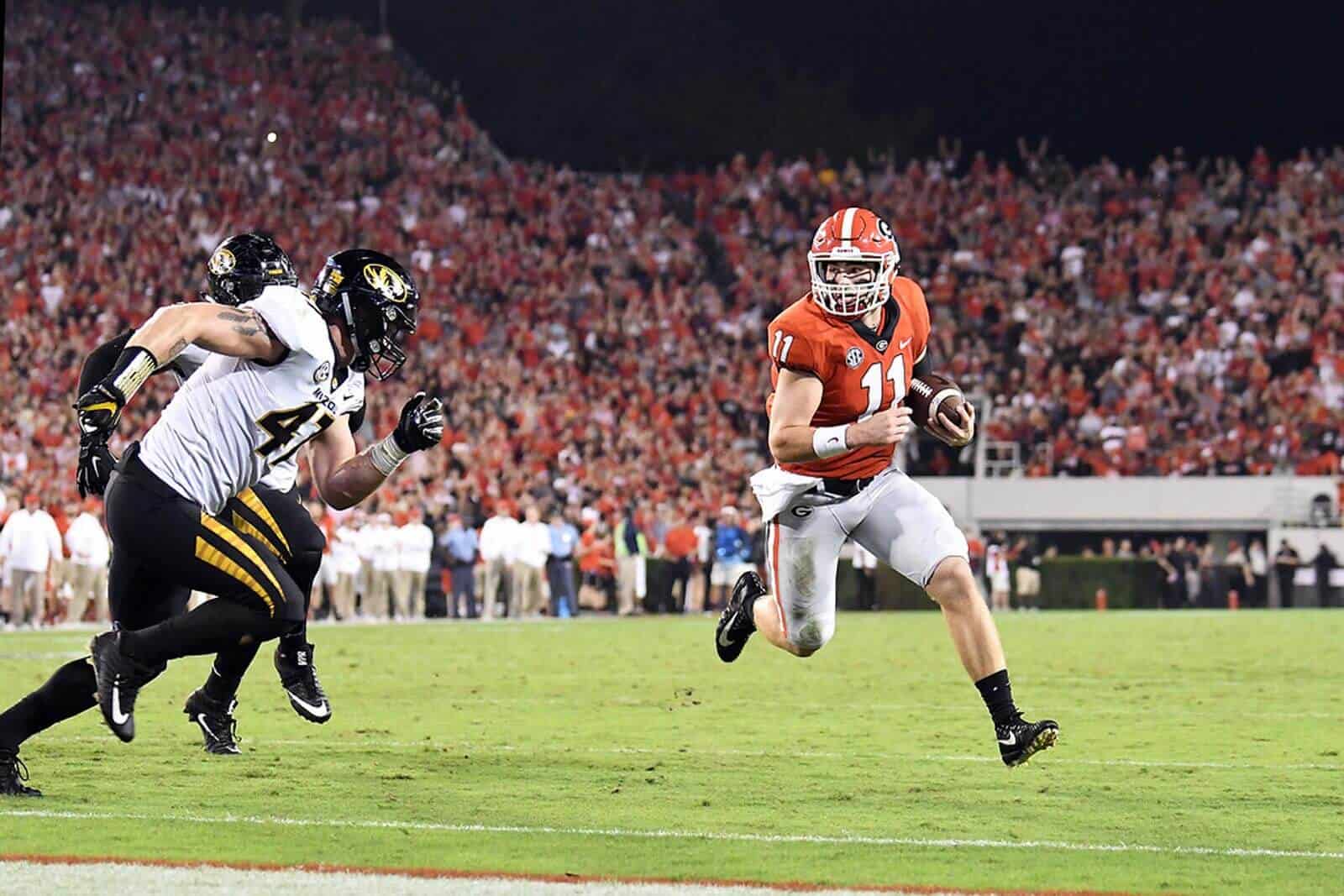 UGA quarterback Jake Fromm has been named the SEC Freshman of the Week for the second time, the conference announced on Monday.

Fromm was also named the SEC Freshman of the Week on Sept. 25 after his performance against Mississippi State.

On Saturday against Missouri, Jake Fromm completed 18 of 26 passes for a career-high 326 yards and two touchdowns to lead Georgia to a 53-28 victory.

Georgia’s next game is Saturday, Oct. 28 against the Florida Gators in Jacksonville. The game is set for 3:30pm ET on CBS.