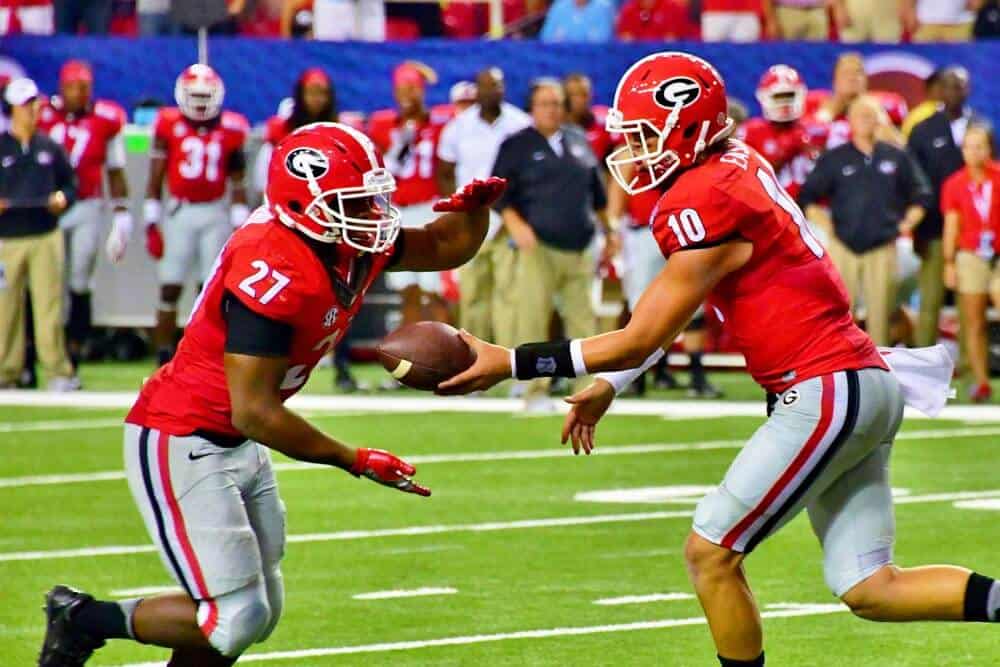 UGA sophomore quarterback Jacob Eason and senior running back Nick Chubb have been named to the 2017 Maxwell Award Watch List, the Maxwell Football Club has announced.

This is the third consecutive year that Nick Chubb has been named to the Maxwell Award Watch List.

In three seasons at UGA, Nick Chubb has rushed 535 times for 3,424 yards and 29 touchdowns. As a receiver out of the backfield, Chubb has caught 27 passes for 331 yards and four touchdowns.

The Georgia Bulldogs are slated to open the 2017 season on Saturday, Sept. 2 vs. Appalachian State at Sanford Stadium in Athens. The game is set for 6:15pm ET on ESPN.