Georgia ties for most in NFL Top 100

Georgia ties for most in NFL Top 100 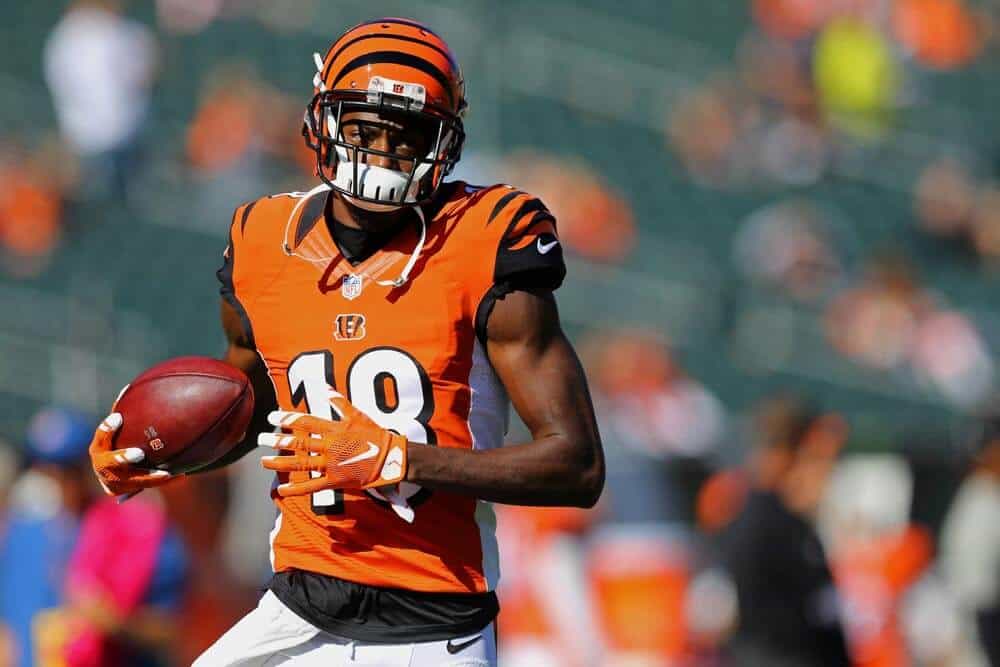 ATHENS, Ga. – Five former Georgia football players were acknowledged among NFL’s list of The Top 100 Players of 2017, tying for the most among any collegiate program. For the second consecutive year, A.J. Green led the group of Bulldogs on the list, landing at 17.

The Top 100 is a list compiled each summer by the NFL based on player votes. The final 10 players to complete the list were revealed Monday night on NFL Network.

The former Bulldogs that joined Green were Matthew Stafford (31), Geno Atkins (68), Justin Houston (76) and rounding out the list at No. 89, Thomas Davis.

In his sixth season with the Cincinnati Bengals, Green accumulated 964 yards on 66 receptions and four touchdowns. The 6-foot-4, wide receiver suffered a hamstring tear in Week 11 on the second play from scrimmage that subsequently ended his season. At the time of the injury, Green trailed only Atlanta Falcons’ wideout Julio Jones in receiving yards in the season. Green reached the 1,000-yard receiving mark each of his first five seasons in the league – a feat shared only with Randy Moss. Moss did it his first six seasons with the Minnesota Vikings. At Georgia, Green was a three-time All-SEC receiver from 2008-2010, forgoing his senior year for the draft.

Stafford comes in at No. 31 after leading the Lions to the playoffs and tallying 4,327 yards through the air for 24 touchdowns and a career-low 10 interceptions (aside from his injury-shortened second season). In the 2009 NFL Draft, the Lions selected Stafford No. 1 overall, becoming Georgia’s fourth Bulldog player taken first overall and the first in 56 years.

Atkins, Houston and Davis fill out the list to tie Alabama with the most former student-athletes on NFL’s Top 100.

On the same sideline as Green, Atkins went to his fifth Pro Bowl last season while occupying Cincinnati’s defensive line. After leading the league in sacks in 2014, Houston has had two injury-laden seasons, but is on track to start his seventh season with the Kansas City Chiefs off the injury report. The Carolina Panthers’ all-time leading tackler, Davis notched his fifth consecutive season with more than 100 tackles and went to his second career Pro Bowl.

The Southeastern Conference had a conference-high 23 players on the list, while 10 of the 14 schools had a representative. The full list of the NFL Top 100 can be found here.