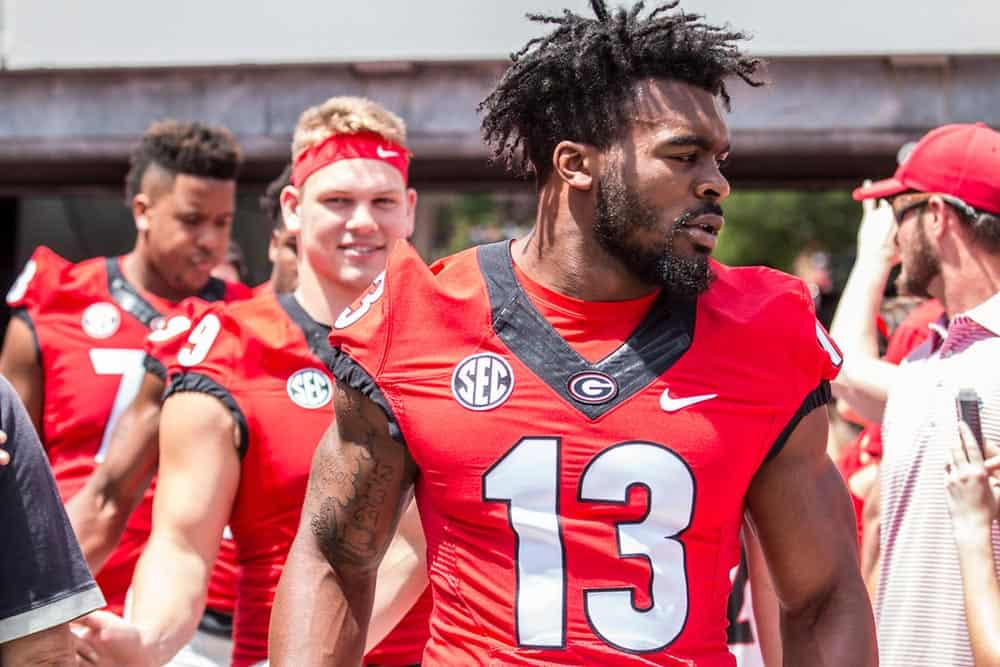 UGA sophomore running back Elijah Holyfield was arrested early Monday morning by UGA police on two misdemeanor charges related to the use and possession of marijuana.

According to the Athens-Clarke County online booking log, Elijah Holyfield, year of birth 1997, was booked into the jail at 3:19am ET. He posted a $2,500 bond and was released at 4:08am ET.

The exact charges were “possession and use of drug related objects” and “marijuana-possession of less than one ounce.” Georgia officials have not released a statement on Holyfield’s arrest.

According to the incident report obtained by The Macon Telegraph, UGA police were called to Holyfield’s dorm room after they were alerted to the smell of marijuana.

According to the UGA Student Athlete Handbook, Holyfield could be suspended for 10% of the season and will have to perform no less than 20 hours of community service. He would also have to undergo counseling and other monitoring.

Back in March, sophomore wide receiver Riley Ridley was also arrested for marijuana-possession of less than one ounce.