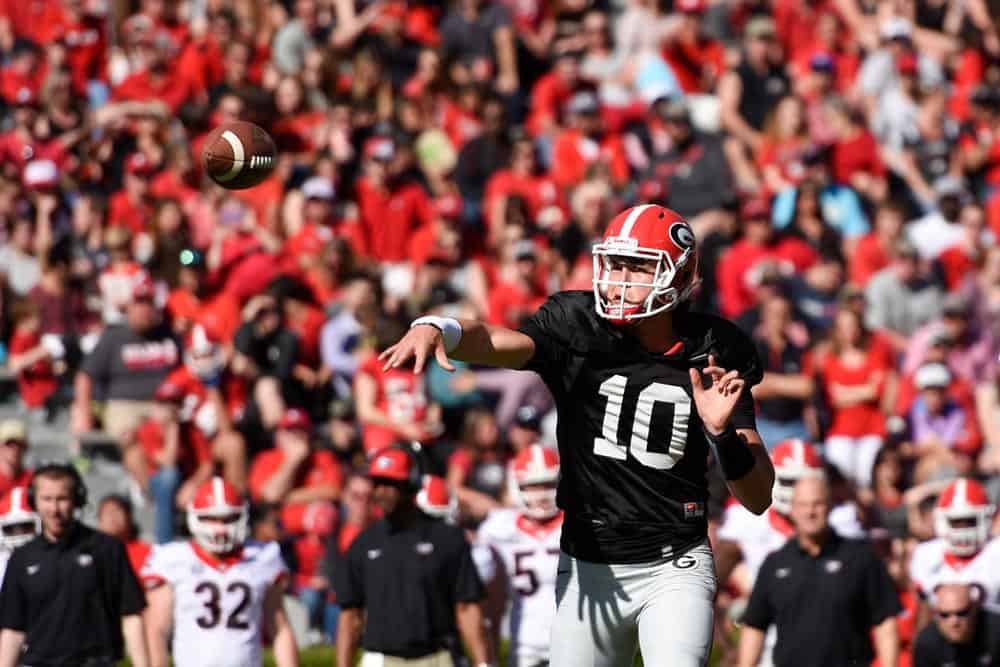 The UGA football athletic department first teased the news on Monday evening with a “Back in Black” graphic on their Twitter account.

Then on Tuesday, UGA tweeted a pictured of the black football jersey with the words “Black is the new Red” and “Wear Black, Black Out Sanford.”

Prior to the season, UGA designated the UL Lafayette game as a “Fan Black Out.” Athletic director Greg McGarity also stated around that time that the Bulldogs would wear black jerseys at home this season.

Georgia hasn’t worn an alternate jersey since the 2011 Chick-fil-A Kickoff Game when they lost to Boise State 35-21 while wearing the highly controversial Nike Pro Combat uniforms. The last time the Bulldogs wore black jerseys was in 2008 when Alabama rolled to a 41-30 victory in Athens.

Although jerseys and uniforms don’t have a bearing on the score of a game, Georgia has a 2-1 record when wearing black jerseys, the two wins coming over Auburn in 2007 and Hawaii in the 2008 Sugar Bowl.

Georgia first wore black jerseys at home in a 45-20 thrashing of Auburn. It was the first “blackout” game under former head coach Mark Richt. Richt called for a blackout again for the Sugar Bowl against Hawaii on Jan. 1, 2008.

With Alabama visiting Athens, the Bulldogs again called for a blackout and wore their black jerseys. The Crimson Tide went up 31-0 on the Dawgs at the half and eventually won 41-30.

Against Florida in Jacksonville, the Dawgs wore a uniform with black helmets (red facemask/white stripe/traditional “G” logo), white jerseys with black numbers, and black pants. The Gators thumped the Bulldogs 41-17.