Nike has released the images of the 2011 Georgia Bulldogs Pro Combat uniform. The uniform is all red with black numbers. The helmet is silver with the traditional G logo and a wide red stripe.

More images were released by GeorgiaDogs.com, which includes pictures of the gloves, shoes and pads. They also have a promotional video for the uniform.

The Dawgs will wear the Pro Combat gear against the Boise State Broncos on September 3 in the Chick-fil-A College Kickoff. Boise State will also wear their Pro Combat uniform, but their version has not been released yet.

Below are the images of the Nike UGA Pro Combat uniform. Click to view the larger images. 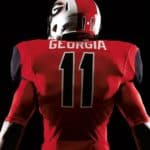 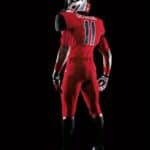 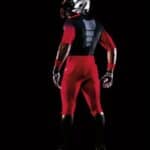 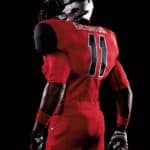 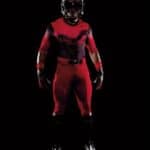 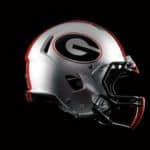 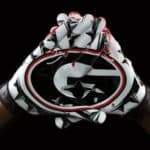 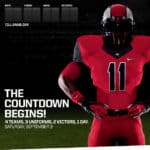