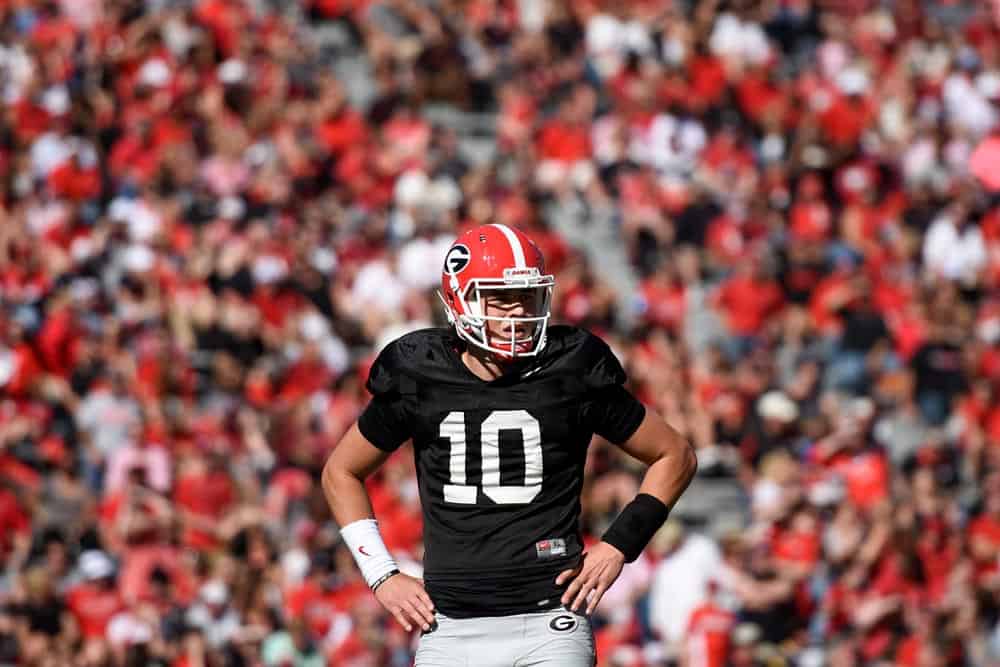 Six home football games in 2016 have been designated as either a “Black Out” or “Red Out” for the fans, UGA has announced.

Fans are encouraged to wear black to “Black Out” the UL Lafayette game on November 19. It remains to be seen if the Georgia Bulldogs football team will wear black jerseys.

Earlier this month, UGA athletics director Greg McGarity told DawgNation that the Bulldogs will wear black jerseys in a game this season.

Several other announcements were made by UGA for the 2016 season, including Sanford Stadium enhancements, special events, and other items.