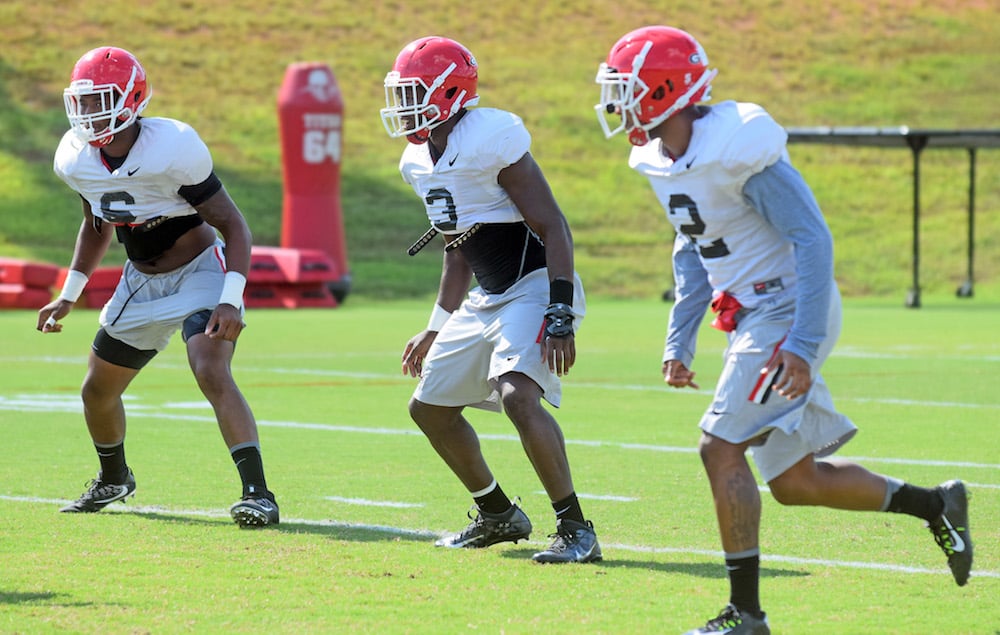 Georgia’s two starting inside linebackers Natrez Patrick and Roquan Smith will play in Saturday’s game against Florida, per a press release by the University of Georgia.

The potential of being suspended stems from the two sophomores being investigated on October 15 for the potential use of marijuana in Patrick’s dorm room in McWhorter Hall after Georgia’s 17-16 loss to Vanderbilt.

Proper protocol was taken and Georgia deemed both linebackers to be free of discipline.

“After receiving an incident report last week, we determined that neither Roquan Smith nor Natrez Patrick had violated any Athletic Association rules that would require suspension,” said Greg McGarity, Georgia’s athletics director. “This included drug testing, which was negative for both student-athletes.”

During the off week, Georgia moved redshirt sophomore Tae Crowder from running back to inside linebacker, assumedly in case if Patrick or Smith were to miss time and due to the lack of depth at the position.

Patrick and Smith have been two of Georgia’s defensive leaders this season, combining for 50 tackles through seven games, so Georgia is fortunate to have that production available for one of the season’s most important games.

Both Patrick and Smith released statements at the conclusion of the investigation. This incident serves as Patrick’s third since joining the program, and this being Smith’s first.

“Since November 2015, I have dedicated myself to moving forward,” Patrick said. “I’m blessed to have done that despite hurdles I’ve had to clear. This incident was simply another hurdle and I was confident I would successfully clear it. I’ll continue to move forward and I’m anxious to play on Saturday.”

“As a student at the University of Georgia and a member of the football team, I take this opportunity very seriously,” Smith said. “I have followed the rules of the Athletic Association and I am happy this situation has been rightfully resolved. I look forward to representing my school and my team on Saturday in Jacksonville.”

Smart added to the players’ remarks during his Monday press conference.

“I’m happy for these two young men, they get to move on to football and not have to deal with the distraction,” Smart said. “I will say that on the field both of these two young men have been exemplary leaders, especially for sophomores.”

Georgia is slated to play Florida on Saturday at 3:30p.m., and the game will be televised on CBS.