Natrez Patrick, Roquan Smith investigated by police for marijuana use

Natrez Patrick, Roquan Smith investigated by police for marijuana use 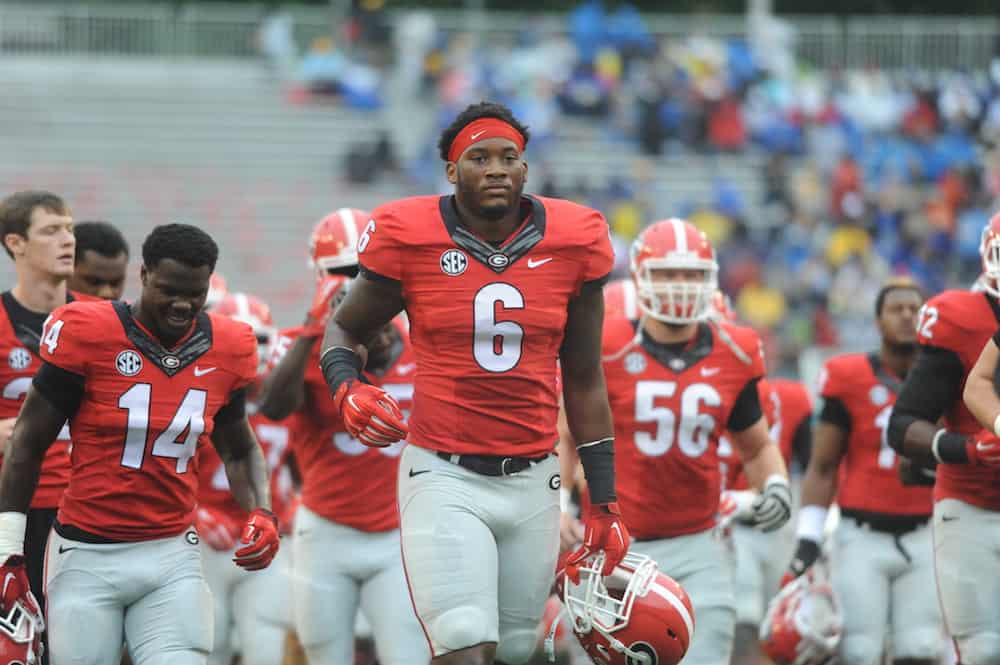 After Georgia’s 17-16 defeat to Vanderbilt, two of the team’s starting linebackers experienced a run-in with the law last Saturday.

An employee within the university’s housing department received a complaint of a marijuana odor on the fourth floor of McWhorter Hall and law enforcement was sent to the area, according to a police report obtained by SicEmDawgs.com by the University of Georgia police department. The police were able to determine the odor was coming from the residence of sophomore Natrez Patrick, in which sophomore Roquan Smith was visiting.

After eventually receiving consent from Patrick after he originally denied, the officer stated that while the odor was present, there wasn’t a testable amount of marijuana present within the dorm room. Therefore, no arrests of either Patrick or Smith were made.

However, listed in the police report is what the officer did find. In addition to the Black N’ Mild cigars, which Patrick did state that he and Smith were smoking, a can of Arizona tea with a hidden compartment which Patrick said was used to hold marijuana from when he had used it in the past, a green “smoke buddy” exhaler device to help mask the odor of the drug, lighters and towels that were pushed against the door cracks were also found within Patrick’s residence.

This latest incident marks the third time that Patrick has been involved with law enforcement throughout his tenure at Georgia, with this being Smith’s first.

At this time it is unclear as to what disciplinary action will be taken with Patrick and Smith, if any. However, it is of note that during Tuesday’s press conference, head coach Kirby Smart indicated that redshirt sophomore Tae Crowder would receive reps at inside linebacker throughout the off week, leading up to the Florida game on October 29.

If Patrick and Smith are to miss time, the Bulldogs are thin at the inside linebacker position, with Reggie Carter and Rashad Roundtree being the only other inside linebackers on the roster that have seen time previously. Tim Kimbrough was previously slated to be on Georgia’s depth chart, before deciding to transfer from the program in the middle of preseason camp due to lack of reps at practice.

Smart, during Wednesday’s SEC Teleconference, spoke in regards to the playing status of Patrick and Smith for next Saturday’s game against Florida.

“Right now all I can comment on is we’re continuing to gather information,” Smart said. “We’ll handle everything appropriately in due time but I do not have a timetable on that right now.”