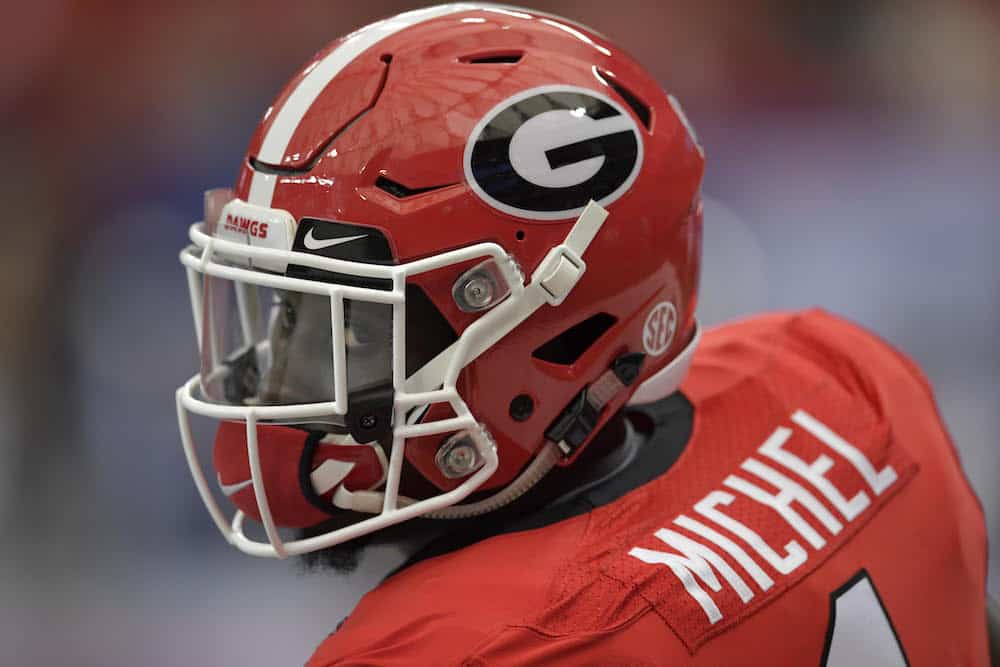 Georgia’s offensive capabilities have expanded entering the home opener as one of their offensive weapons will return on Saturday.

Junior running back Sony Michel will be available to play in Georgia’s home opener against Nicholls State, according to a report from Jake Rowe of Dawgs247. Michel will probably see a light workload, however he has been cleared by the medical staff.

Leading up to Saturday’s home opener, head coach Kirby Smart kept saying that Michel was “not cleared,” repeating the same status that Michel has had for the last two months. But now as kickoff nears, he’s ready to see a bit of playing time.

Michel sustained an open arm fracture on July 3, in an ATV accident. After undergoing surgery, he was receiving a limited workload in practice and wearing a black non-contact jersey from the beginning of preseason camp. But he as been able to practice without limits and in a red jersey the past two days.

Georgia will welcome Michel’s skill set and versatility into their offensive attack. He serves as an asset both in the running game as a backup to Nick Chubb and as a receiver as well, mostly either out of the backfield or in the slot. In 2015, Michel assumed a starting role midway through the season after Chubb’s injury and had success. He rushed for 1,136 yards and had eight touchdowns on the ground, while having 270 receiving yards and three touchdowns as well.

Michel will be implemented into the offense during conference play as his presence allows Georgia to open up the offense more, and the Bulldogs will look to find more success with having him available.

It seems strange to start a difference-maker on offense in such a meaningless game, but this opportunity against Nicholls State is the perfect one for Michel to take hits on the arm and be involved in some live tackling. Georgia will be rotating many players throughout the action on Saturday, and he shouldn’t see much action.

However, Michel will have some exposure before being depended on throughout SEC play and the remainder of the season. Georgia opens conference play next Saturday at Missouri.