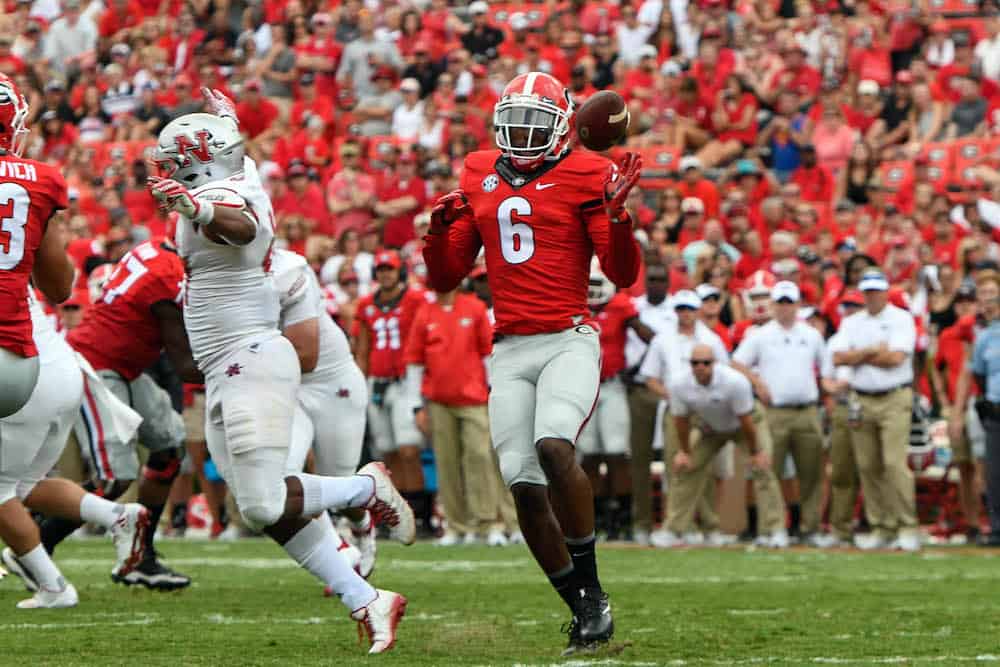 ATHENS – Jacob Eason steps back, and finds wide receiver Isaiah McKenzie just past the first down marker. He scampers more than 50-yards to the end zone for the touchdown, and the crowd cheers due to the electrifying run after catch.

However, it’s the play inside the play that goes unnoticed. Javon Wims, a junior college transfer, was who made that play happen for Georgia. It was his first snap in his Georgia career, and he made sure to make an immediate statement. He clobbered the Nicholls State defender who was in pursuit of McKenzie and sent him to the ground.

As a result, McKenzie was able to cut upfield for the 66-yard score, in which Georgia regained the lead, 20-14.

The play by Wims saved the day for Georgia in terms of momentum as the Bulldogs were in free fall, and their FCS opponent presumably felt as if they had a fighting chance.

McKenzie spoke with reporters after Georgia’s 26-24 victory on Saturday, and stated his appreciation for the effort from one of the newest Bulldogs.

“I heard (the block), but I couldn’t see it,” McKenzie said in a quote obtained by the Atlanta Journal-Constitution. “I wouldn’t say I set it up. But I made the right cut, and he made the perfect block.”

Wims didn’t see action in Georgia’s season opener, but saw the field sparingly in the second half. His size, being a 6-foot-5 wideout, serves as an advantage for him. In addition to that, his experience at the collegiate level could make Georgia’s coaching staff ponder a bit more about consistently implementing him into the offensive game plan.

Just after Wims signed on with Georgia, he discussed his desire to block. While most receivers seek attention and targets from his quarterback, Wims unique mindset with playing the position could be beneficial to Georgia throughout his two seasons of eligibility.