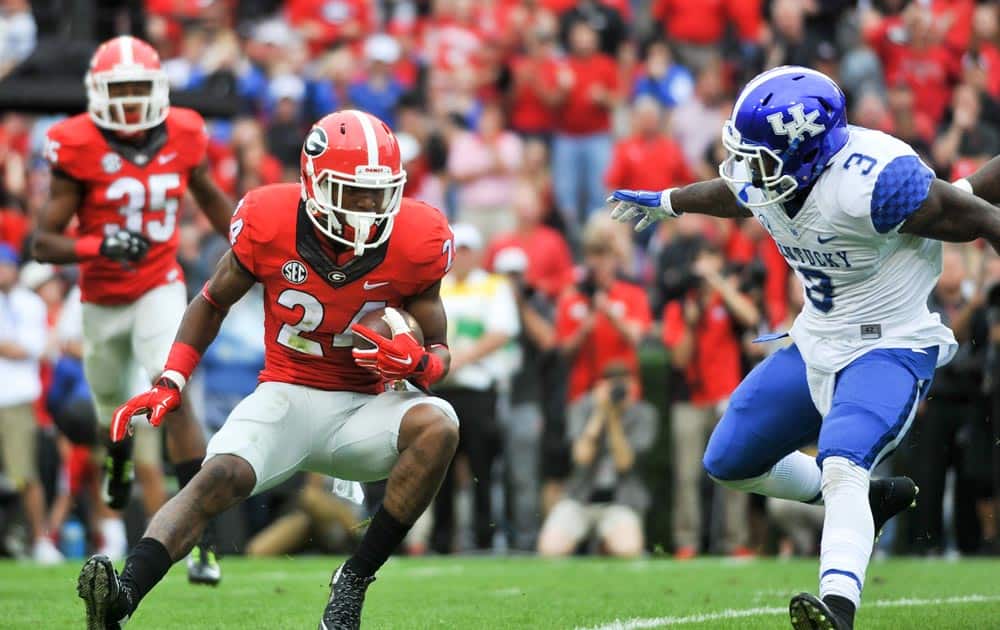 Six Georgia football players have been voted onto the Preseason Media Days All-Southeastern Conference teams, according to a league announcement.

In addition, Georgia was picked to finish third in the SEC East and had the fourth-most votes to win the conference title.