SEC Media Days: Nick Chubb will have no initial limitations

SEC Media Days: Nick Chubb will have no initial limitations 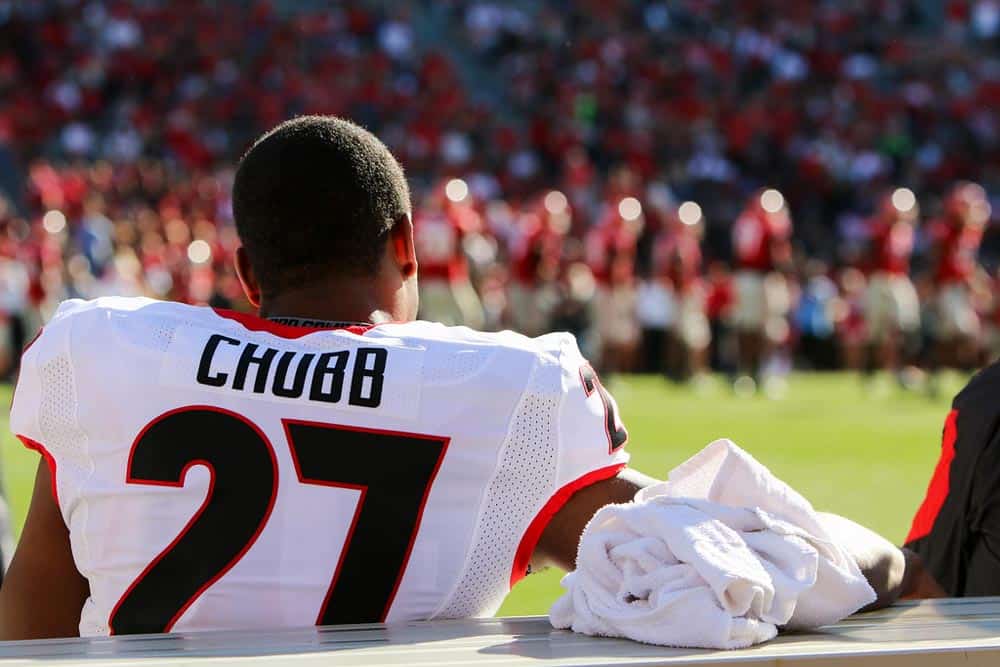 HOOVER, Ala. – The recovery process of Georgia running back Nick Chubb has been progressing more quickly than expected, and the hope of seeing him play on September 3rd may become more of a reality.

Georgia head coach Kirby Smart says he will be a full go until they get into pads.

Chubb was seeing similar action throughout spring practice, and has apparently made enough progress and is nearly game ready after tearing his PCL in a freak injury back in October. However, it all depends on how he does when live competition comes around.

“The big thing with Nick is going to be full live contact tackling,” Smart said. “As far as what he’ll be able to do in early parts of camp, he was progressing in the spring. He’ll be able to do pretty much everything. He’ll catch the ball out of the backfield and he’ll do drills. The psychological factor of him taking the first hits and going through tackling we’ll be a big part of that, and we have people working with him on that, as well as learning what to do.”

In two weeks, preseason practice will begin and Chubb will be given the opportunity to test things out, and Smart wouldn’t put it past him to reach his goal, because he has it in him.

“I don’t think anybody in this room would expect anything less from Nick Chubb,” Smart said. “This guy is passionate. It means something to him. He’s doing everything with the rest of the team as far as summer workouts.”