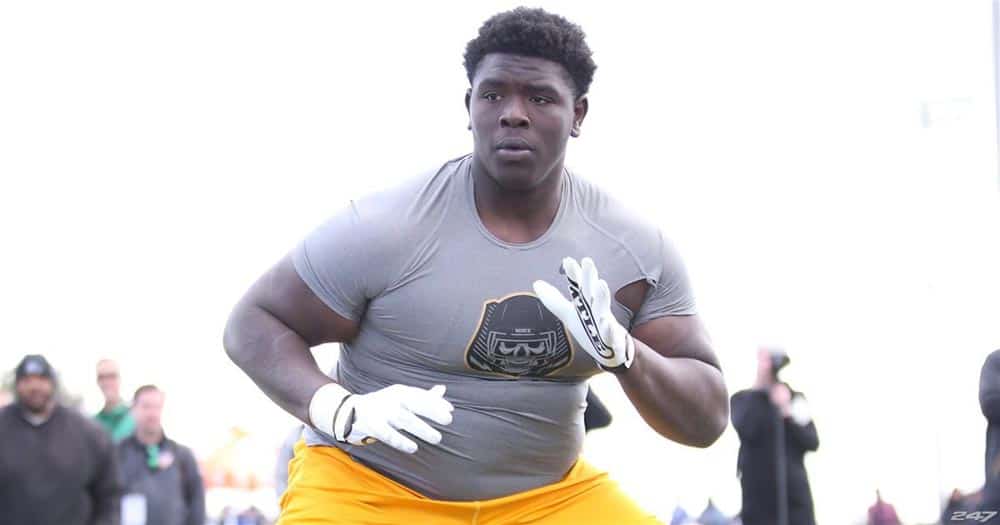 Georgia gains yet another huge (literally and figuratively) commitment for the class of 2017, as four-star offensive tackle D’Antne Demery announced he plans to head to Athens to continue his playing career.

Demery, standing at 6-foot-6, 319 pounds, brings a massive presence to Pittman’s group, and also ranks as the nation’s 16th overall offensive lineman according to 247Sports. He committed at the conclusion of a satellite camp in Brunswick, as the two final contenders were Alabama and Georgia.

Demery is the third offensive lineman committed for the class of 2017 and the eleventh overall commitment for this star-studded recruiting class under Kirby Smart. The Georgia program continues to lock down the state’s borders as ten of the eleven commits have come from the Peach State.

Georgia currently stands at number seven in the team recruiting rankings for the 2017 class, but will almost certainly move up after this addition, potentially into the top five. With this addition, Pittman’s offensive line collection for this class averages a whopping 332 pounds of athlete.

Here’s a look at what Demery did at Brunswick High last season, and he certainly demonstrates what he can bring to the college level.