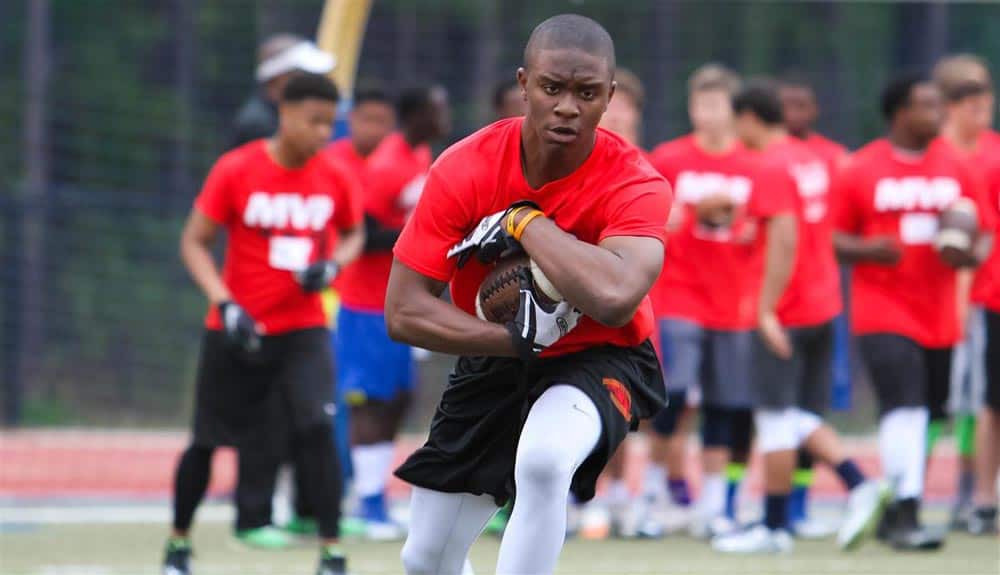 On a day where Georgia fans witnessed some surprising heartbreak after Demetris Robertson decided to go elsewhere for the 2016 class, James Coley, Kirby Smart and Georgia picked up a priority target for the 2017 class.

Four-star wide receiver Trey Blount out of Pace Academy in Atlanta announced on Sunday that he plans to take his talents to Athens. As wide receiver is a position in which Georgia frequently attempts to build upon, Coley continues his recruiting frenzy and adds another top name.

Blount, standing at 6-foot-2, 185 pounds, ranks as the nation’s 35th best receiver and the 30th overall recruit in the state of Georgia, according to 247Sports. Without a doubt, he possesses the skill set which would project an impactful future in college.

Blount has had a heavy load of offers throughout his recruiting process, and has been able to showcase his talents at prestigious events such as Nike’s “The Opening,” which took place in late March in Buford, GA. Blount impressed during that event, and while he was already recognized in terms of recruiting, he was only able to pick up steam and draw interest from attending coaches.

In addition to Georgia, it was believed Blount also heavily considered South Carolina and Alabama, and potentially others among his 27 offers. For Georgia, their addition of Blount serves as the ninth for the 2017 class, and Smart is locking down the state borders as all of those commitments have come within the state of Georgia. Blount will join fellow four-star Xavier Jenkins as the second committed wide receiver for 2017.

Learn more about what Blount possesses in terms of skill set, as here are some of his highlights during his high school campaign.