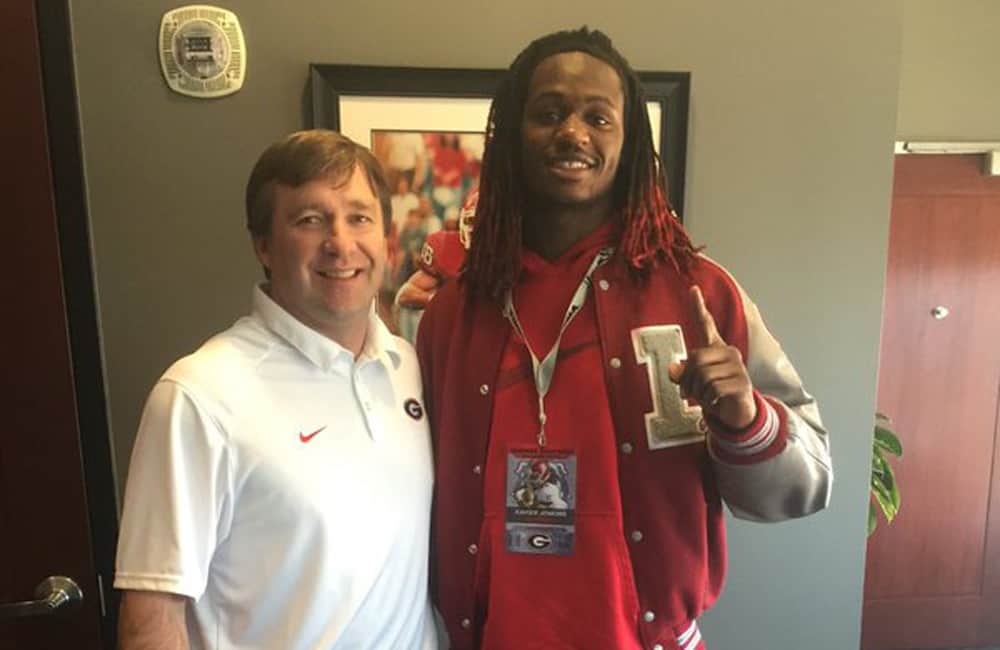 Kirby Smart is back at it again, as he has landed a “diamond in the rough” prospect to Georgia. Xavier Jenkins (Lowndes HS) has announced he will take his talents to Athens.

It was believed that Louisville was at the top of the list for Jenkins. However, those tables have turned quickly.

Jenkins, a receiver standing at 6’3”, 195 pounds, was able to separate Georgia from his other options. His commitment was announced by the Lowndes High head coach.

His pledge is the second of this week for Georgia, and the fifth for the 2017 class. Jenkins was previously unranked, however his soaring stock shows how much of an impact he can have in the college game.