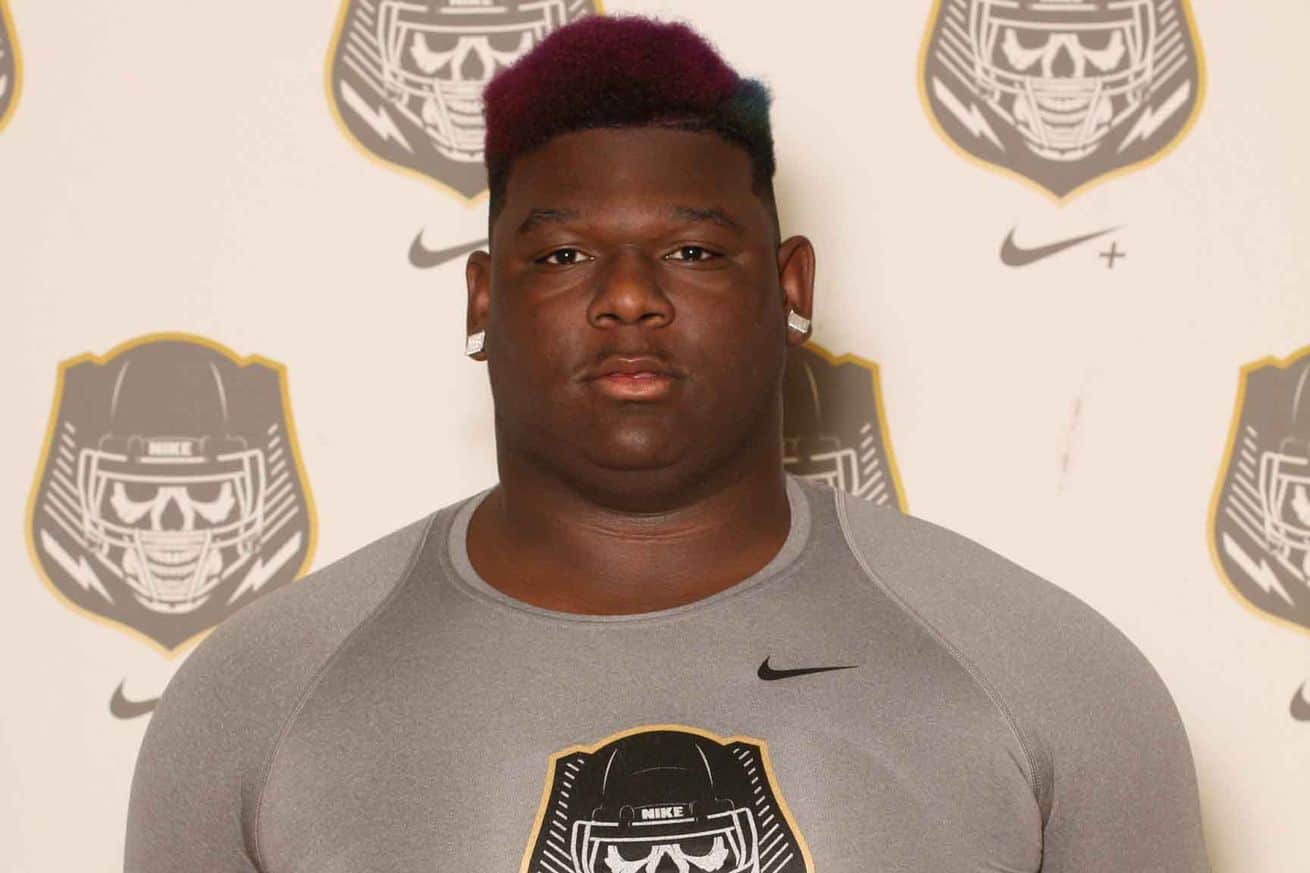 Sam Pittman and Georgia’s staff continue to build for the future up front, as they add another monster offensive lineman from the 2017 class.

Netori Johnson, out of Cedar Grove High School in the Atlanta area, announced on social media that he will commit to Georgia. This addition just serves as a start to the wave of commitments that was expected to come after G-Day, as William Poole III was the first commitment announced around the time of the spring game, and many others have showed increased interest in Georgia.

Johnson, large in stature at 6-foot-3, 348 pounds serves as a big claim by Pittman as he tries to build size just as he did at Arkansas and his previous destinations. Johnson who ranks as the number four overall guard nationally, and at number 122 in the composite rankings according to 247Sports, tells AJC DawgNation’s Jeff Sentell why he chose Georgia, as his position coach played a big role in his decision.

“Sam Pittman played a major very big role in my commitment because of just the person he is and how we clicked and how we bonded,” Johnson said. “I definitely got a look at the record that coach holds that let me know coach their players up and put their players in the league. He’s got 17 players in the league and that’s great. That’s awesome for me. That’s one of the things that what won me over, but the only thing I like about him is he’s a goofy coach but when it is time to get grimy and dirty, then he is all business. I like that. Because I am just like that. I am goofy, but when it comes down to the field I am about my business. No joking and no playing no more. It is about smash mouth and doing what I have got to do. I like that he’s just like that. He’s a coach, but also like an older brother to me.”

He also went on to tell Sentell how he believes the program can aspire into something greater.

As fans try to get a feel as to what Johnson can bring to the table, here’s a look at what he during his junior season in 2015.