SEC Tournament: Things to know as UGA looks to advance against Kentucky

SEC Tournament: Things to know as UGA looks to advance against Kentucky 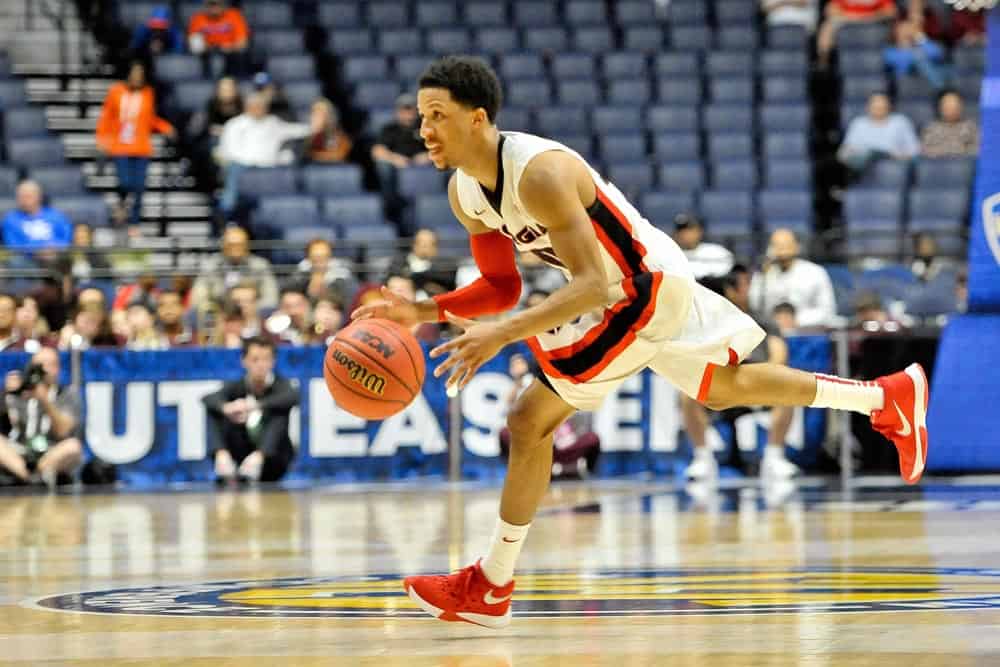 Georgia beat South Carolina in a miraculous finish, narrowly advancing by a score of 65-64. The Bulldogs must move on immediately, as the challenge of Big Blue Nation and Kentucky lies ahead with a short 13 hour turnaround. Here are some things you should know as Georgia looks to advance and reach the SEC Championship for the first time since 2008.
(1) Georgia and Kentucky are the only teams in the SEC to reach the tournament semifinals in the last three seasons. However, the Wildcats have reached the championship game in both of the past occurrences, while Georgia has yet to play on Sunday.
(2) If you look at it geographically, Georgia will be facing Kentucky in Nashville. However, the atmosphere will make it feel as if Georgia had traveled to Lexington to play in Rupp Arena. And the last time Georgia took the floor in front of Big Blue Nation, well that’s just something we may not want to look back at. With that said, the crowd will play a big factor in Georgia’s performance. If they are to get rattled and stagnant, well it could be a long day. The Bulldogs haven’t played particularly well in front of opposing crowds, going 3-8 in road games this season.
(3) Georgia is currently off of the bubble for the NCAA Tournament, and many of the bracketologists are giving them a minuscule shot of an at-large bid. However, an interesting tidbit in the pre-game notes says a bit differently. The press release states that the KPI rankings are a favorite metric in the committee room, and those rankings currently have Georgia as the first team out of the field. With that said, if Georgia is to keep this game close, they may be able to watch on Sunday with a bit of interest.
(4) Kentucky’s backcourt ranks as one of the best in the nation, and the duo of Tyler Ulis and Jamal Murray played key roles in the domination of Georgia back in February. The duo combined for 38 points and has consistently posted similar performances throughout the past month. Defensively, these are the two impact players that Georgia must key on. Any lapse of perimeter defense could make this game get out of hand quickly. However, if they are contained, the Bulldogs chances of advancing are improved greatly.
(5) Lost in the valiant performance of J.J. Frazier was that of Yante Maten, as he posted a double-double with 17 points and 12 rebounds. His performance will need to be similar in order for Georgia to have a fighting chance. If he is able to play more physical than the Wildcat big bruisers of Alex Poythress (who was out due to injury in the first matchup against Georgia), Marcus Lee and Skal Labissiere, Georgia may be able to pull off another miracle as frontcourt play could be a huge factor.