Georgia falls in Semifinals to Kentucky

Georgia falls in Semifinals to Kentucky 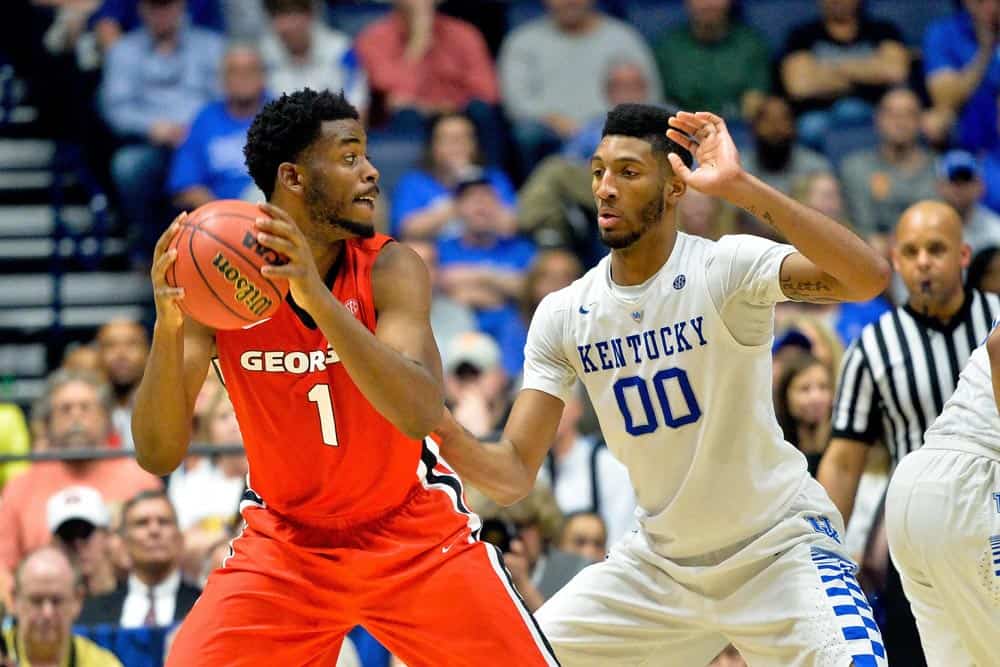 “I love our team,” said head coach Mark Fox. “Our team has great character…we made a lot of plays until about the last eight minutes. I think we thought this was a game that we could and should win, but we just couldn’t close it…Our defense just wasn’t as good in the last seven or eight minutes and we couldn’t get the stops we needed to get.”

Georgia opened the game on a 15-5 run, spurred by three baskets in the first three minutes by Gaines. The Bulldogs maintained the lead through the under-12 timeout, but Kentucky countered with a 7-0 run of its own after the timeout to close the gap to two. Kentucky’s Jamal Murray hit a three-pointer to give the Wildcats a 34-32 edge, but the Bulldogs responded with a Frazier floater and a Gaines three-pointer to reclaim the lead at 37-34. Georgia took a 49-44 lead into halftime, scoring the most points in a first half by any team against Kentucky this season.

After Georgia and Kentucky traded baskets to open the half, freshman William “Turtle” Jackson hit a three-pointer (his third of the game) to give Georgia the 58-51 lead with 15:08 remaining. Kentucky closed the gap later in the second half and took the lead 68-67 at the eight-minute mark. The Wildcats extended the lead to nine during a decisive 11-3 run capped by a layup by the Wildcats’ Murray to make it 81-70.

Georgia’s postseason destination will be announced during the NCAA Basketball Championship Selection Show on Sunday. The show is scheduled from 5:30 – 7:30 p.m. on ESPN.