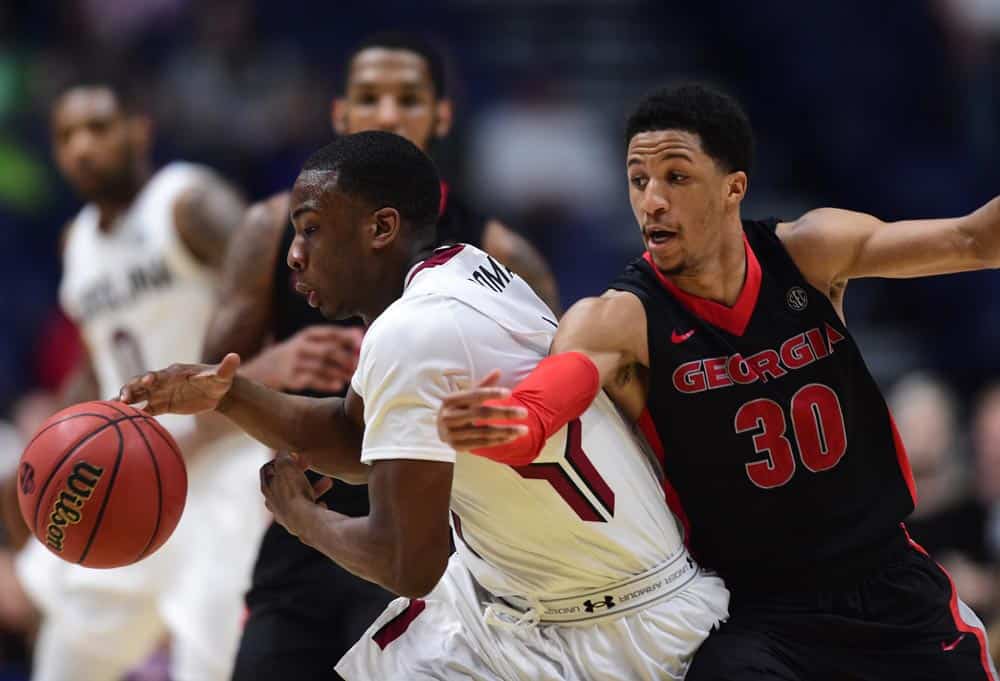 Georgia endured a tough, physical battle and pulled it out in the bitter end, beating South Carolina 65-64 and advancing to the SEC Tournament semifinals.

At the tip, it was all but pretty, as both teams were out of rhythm. Georgia dug themselves in an early hole, as much as 11, and had to fight back on multiple occurrences. Georgia’s fight showed the relentlessness and perseverance instilled by Mark Fox and his coaching staff.

J.J Frazier has impressed on many occasions this season, and showed yet again how he can place the team’s burden on his back. Georgia had trailed most of the game, and with just under one minute remaining, he flipped a switch and made the final plays in which sent Georgia to victory.

Offensively, Frazier broke a trap which seemed nearly impossible to break with less than 10 seconds left on the shot clock. His floater was able to tie the game. He then transitions to the defensive end and swipes South Carolina’s leading scorer on the night, Sindarius Thornwell who finished with 23 points on the night.

After this sequence, Fox was brought to the ground in jubilation, as that is rarely seen from a coach with such a calm demeanor. Take a look at this priceless reaction.

Down goes Fox — Mark Fox celebrates at the end of the #UGA game https://t.co/Lv5gjHSR6U

South Carolina yet again allowed a game to slip away in which they had total control of. Along with the efforts of Thornwell, Laimonas Chatkevicius was a bruiser down low, finishing with 14 points and 9 rebounds as his performance displays the physicality shown between the two teams.

Next: Georgia improves to 19-12 and advances to the semifinal round to face Kentucky. The Wildcats just topped off a dominating performance, beating Alabama 85-59. The semifinal matchup will take place at 3:30pm ET and will be televised by ESPN.